Say the word ‘pit bull’ to someone. See what they say back. Chances are it will be something along the lines of ‘mean’ , ‘scary’ , ‘vicious’ or any other derogatory statement. The thing is, they are not deserving of such scorn. They are quite friendly dogs. Give them a good home from the beginning, treat them with love and they are one of the best breeds to have. The man in this video is trying to prove that.

Then things calm down just a little bit. Molly lays down on the bed and her daddy puts the kitten next to her. Excitedly, she nuzzles him like he’s a puppy. This shows a maternal side to her, she wants to take care of this kitten, make sure that he’s OK. It’s such a nice moment to view this dog, who people probably judge based on her breed alone, shatter that stereotype. I hope that Molly and this kitten form a lifelong bond.

We can’t end this unjust reputation of pit bulls overnight. It’s going to take a lot longer than that to win people’s hearts and minds. Especially since the news media still likes to paint a lot of them as vicious killers. Molly looks like a good ambassador for her breed. If more people saw this video ” it’s been viewed nearly three-and-a-half million times since it was uploaded in April 2014. The more eyeballs that see it, the better.

I thought both Molly and the kitten were both equally adorable. What did you think? Leave us a comment below! 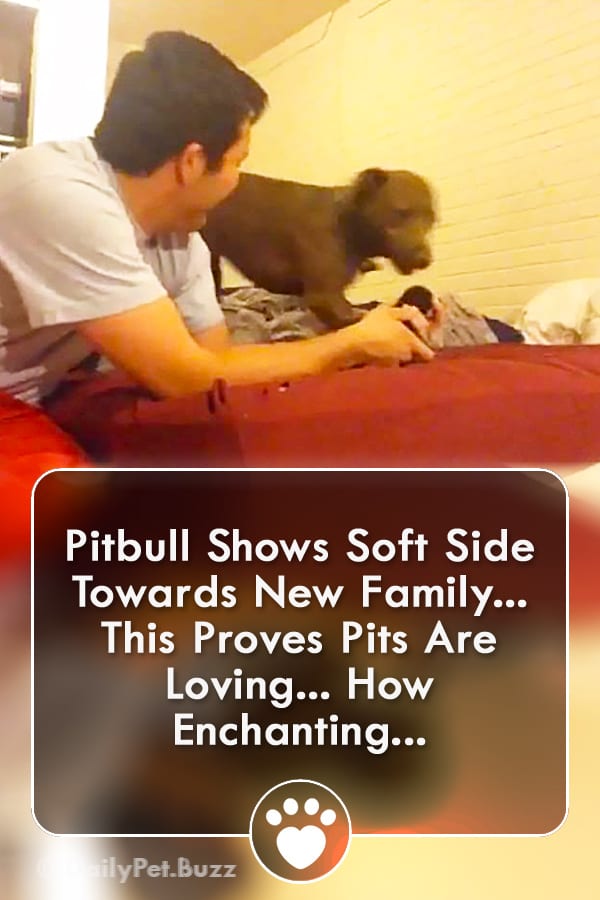