A video has surfaced that shows a shirtless punk hurling bricks at a man walking two dogs. But as soon as the brick is tossed, the punk is in store for a lesson on respect and why you never mess with a man’s best friend.

The recording below was captured overseas and shows the thug repeatedly throwing bricks at the man walking his dogs away from what appears to be an aggressive crowd.

But it doesn’t take long for the thug to get what he deserves.

After two or three bricks are tossed, one of the German shepherds gets lose and charge directly at the punk.

Although the punk had a weapon, he didn’t stand a chance against the enraged animal which was quickly joined by the man’s second dog.

The punk can’t even last a few seconds against the animals. He’s on the ground getting bitten all over the place. And he deserves every one of those injuries.

By the end, the thug is begging for his life. The merciful dog owner then tries to reign in the dogs and stop the punk’s punishment.

By the video’s close, one dog is back under control while the other continues to ‘hunt’ for the shirtless punk like a predator hunts for prey.

Do you think this thug will try to abuse an animal ever again? 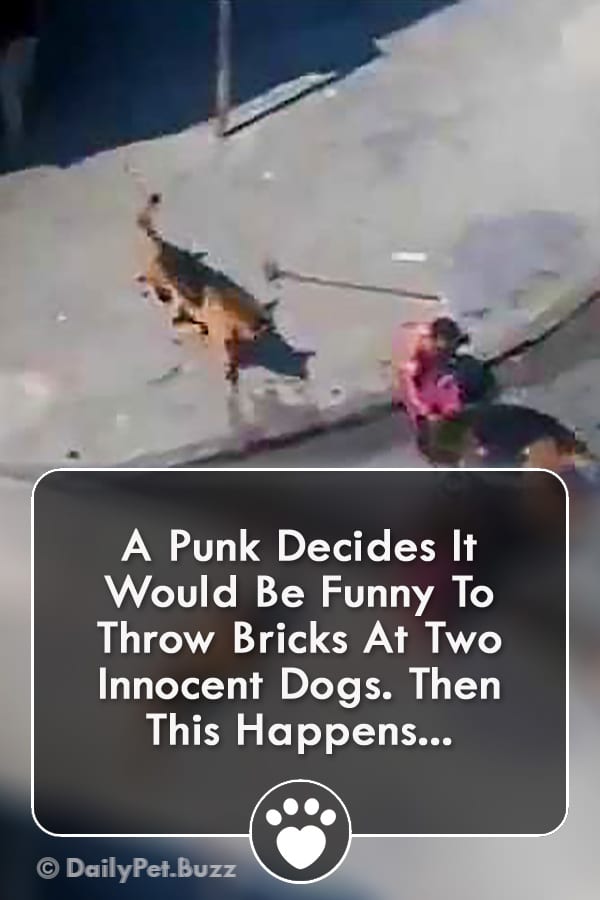