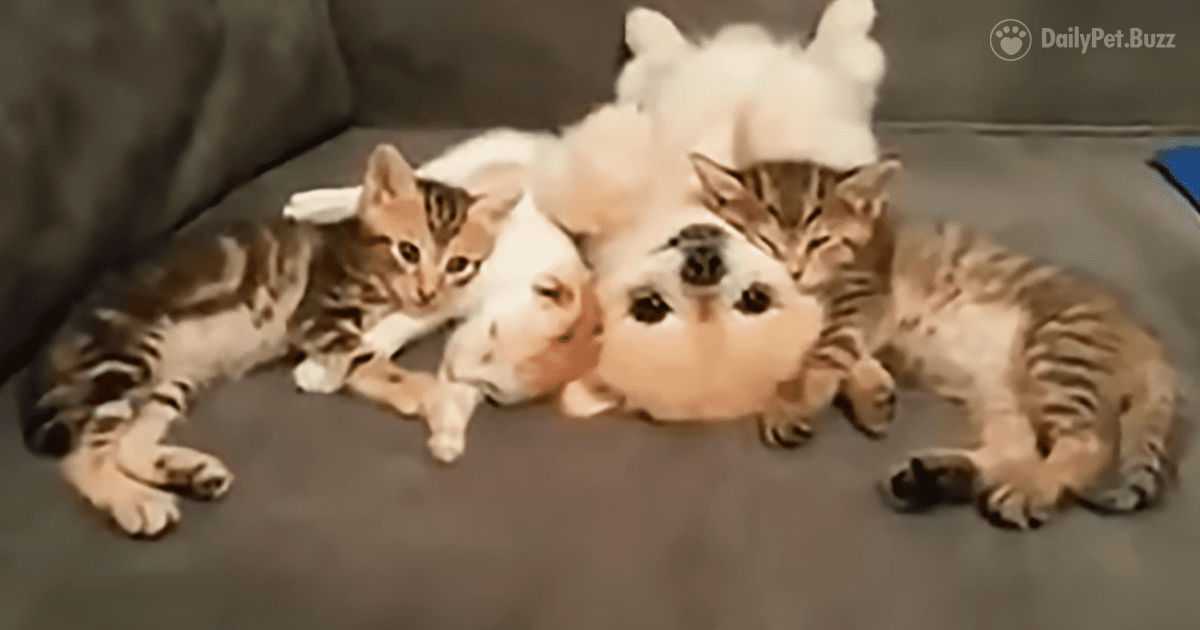 Cats and dogs are famous for not getting along. Hence expressions such as “fighting like cats and dogs.” And they really do seem to be natural antagonists. Perhaps it’s a clash of personalities. Dogs are pack animals and are eager to please the leader of the pack. If the leader is a human, that’s no problem. Dogs, then, are wonderful pets. By contrast, cats are loners and like to do things on their own terms. So if a cat is affectionate with you, you know the cat really means it. Cats, too, are wonderful pets.

So it is possible for cats and dogs to be persuaded to get along? The answer is yes. It’s just a matter of proper human-supervised socialization. And of course, the younger the cats and dogs are, the better.

In the video we’ve posted below, you’ll see that an adorable fuzzy fur ball of a puppy (a Pomeranian) has made friends with three outrageously cute kittens. It was nap time, and everyone was lying on their backs. It doesn’t get much cuter than that.

The kittens are happily snoozing and probably will be for the rest of the day. The puppy, however, is wide awake. She’d surely like to go and do other things; maybe have a bite to eat, play with a ball, or chase her own tail. But she’s stuck. She doesn’t want to disturb her feline friends. It would seem that, not for the first time, the cats are in charge.

One kitten wakes up and does some stretching but then it’s right back to sleep. The other two kittens are startled awake for a moment but instantly nod off. The human parent filming this charming scene gives the pup a few gentle pats, but she’s determined to stay there unmoving, lest she wakes one of the kittens. A while later, the kittens have moved around, and one of them is now using the puppy’s neck as a pillow!

Hard not to like the world’s most considerate puppy. It is simply adorable and so sweet how the little guy lays there, still as can be, eyes wide open and not wanting to disturb his little furry buddies. C’mon, you know you said ‘aww.’ 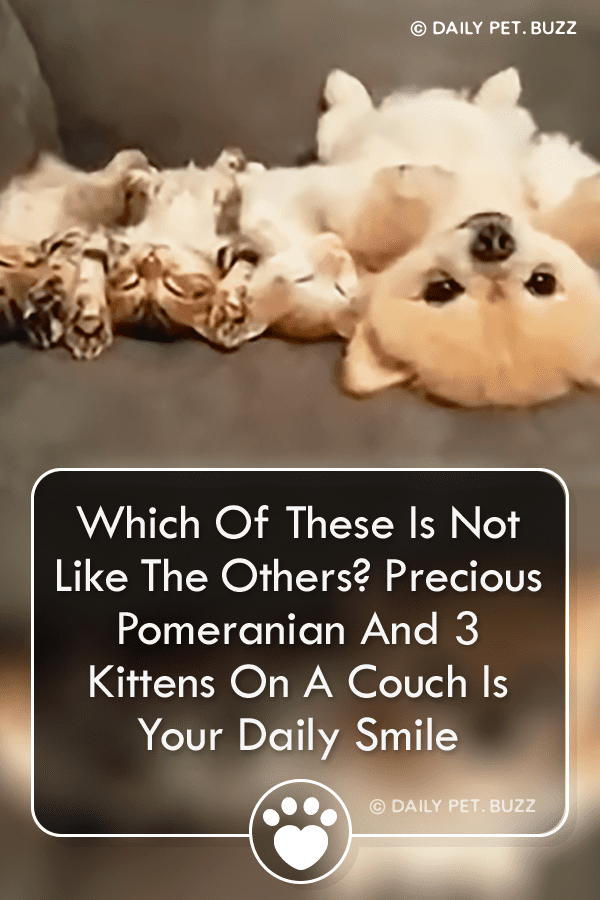