Hope For Paws is a non-profit organization whose main objective is to rescue animals suffering in the streets and in shelters in cities all over the United States. One day this organization got a call informing about the condition of Mufasa, a homeless dog who was wandering around a hazardous sight containing harmful chemical tanks. Concerned citizens were worried about him and called Hope For Paws. As soon as they heard about him, they dispatched a team of rescuers for his rescue.

Mufasa was lonely, old and was starving when the rescue team found him. He was wandering around a water treatment facility with no idea about his surroundings and what chemicals there could do to him. Mufasa was afraid of every human being, so it was hard for him to rescue at first. He had obviously lost all trust in humans, probably because of an abusive owner who abandoned him. But eventually the rescue team was able to get Mufasa into their vehicle and off to safety. He got a bath and medical treatment, was neutered and microchipped, and lots of food and water.

Fortunately for this older dog, this story has a happy ending. Mufasa went to a group called Lionel’s Legacy that fosters older dogs and he even made a new friend there, another older dog that Hope For Paws had also rescued.

Watch this video to witness the amazing transformation to this homeless dog. Let us know what you think in the comments. We’d love to hear from you! 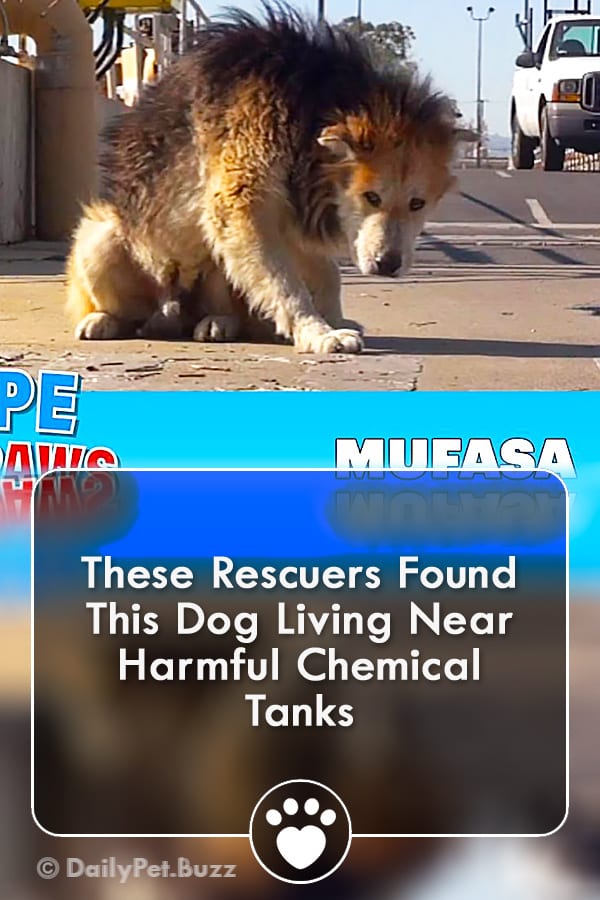