By now Hope For Paws has become a very familiar name to most of us. This non-profit organization helps in the rescue of animals from the suffering they face on the streets or in the shelters. They received a call about a homeless and injured dog that was often hiding and came out only for food at night. She was going to have puppies, so they had to hurry so that they could find her before she gave birth.

Eldad the rescue hero says that searching for a dog is the most challenging part because they tend to shy away from human contact. After searching for about ten minutes, they found her. She and her babies were hiding in some bushes, and though she could have escaped easily and abandoned her pups, she didn’t.

They were able to feed her and put the catch loop on her, but she started to panic. Once they showed her that the puppies were coming with them, she calmed down again and relaxed in the back of the truck with her puppies. They decided to name her Iris and named each of the puppies as well

The puppies were just days old and their eyes were still closed. They and Iris were in pretty good health, and at the center, Iris warmed up immediately to her rescuers. She and her pups are now in a foster home and doing well. This rescue warmed my heart!

Watch this video above! What do you think about this? Let us know in the comments! 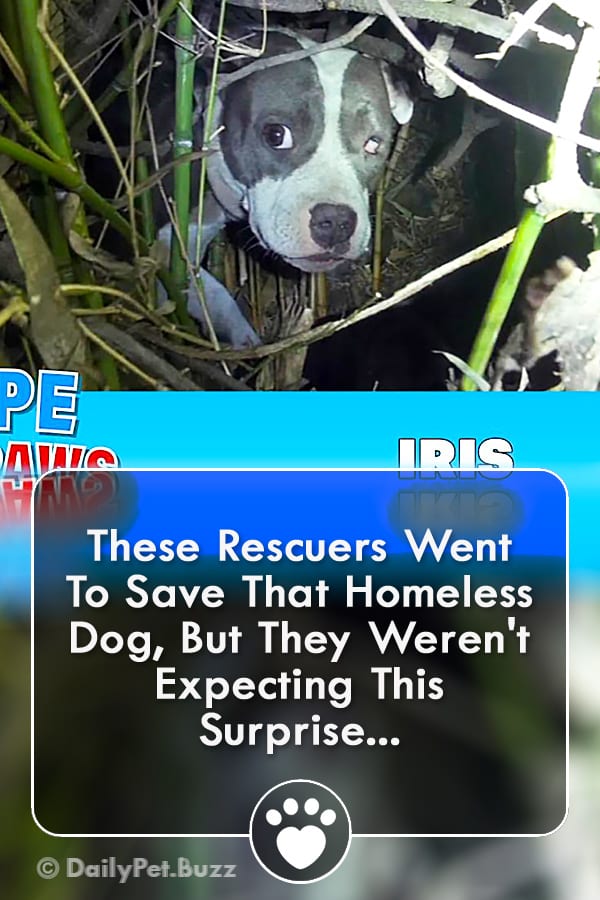