The video we see here opens up with a female inmate walking into a prison courtyard. She gets down on her knees and a large dog rushes at her. No, this isn’t an instructional video about how potential escapes should be handled. This is Laurie Kellogg and she’s greeting Pax, the service dog that’s there to visit her via his new daddy, veteran Bill Campbell. Pax is overjoyed to see her ” it’s no surprise, since she trained him.

There was a meeting of the other inmates at the facility, and all of them had training dogs with them. Kellogg said that working with Pax gave her life back. She was sad when the pooch left to go be with Cambell, but she knew it was all for a greater good. Now Pax help the former soldier cope with PTSD. He was more than willing to bring Pax to the prison ” he must have been curious to meet the woman who trained him.

Kellogg is in the prison for a reason ” she murdered her husband, but that doesn’t mean that she’s not capable of redemption. Pax offered that ” a chance to feel like life was worth living again. Apparently, she got him for training three weeks after her father had died, too. Most of the inmates never get to see the dogs they train again, but this was a special occasion, and Campbell was more than willing to help.

Pax really helped two people here ” Campbell and Kellogg. Campbell got to start getting his life back after his traumatic brain injury and Kellogg got to do something besides stare at prison walls all day. For some reason, she reminded me of Jane Wiedlin, who used to be a co-lead-singer of the all-female band, the Bangles. Hopefully, this service dog program will help other inmates besides Kellogg.

What do you think about this? We’d love to hear your thoughts. Tell us in the comments section! Also, please ‘Like’ us on Pinterest. 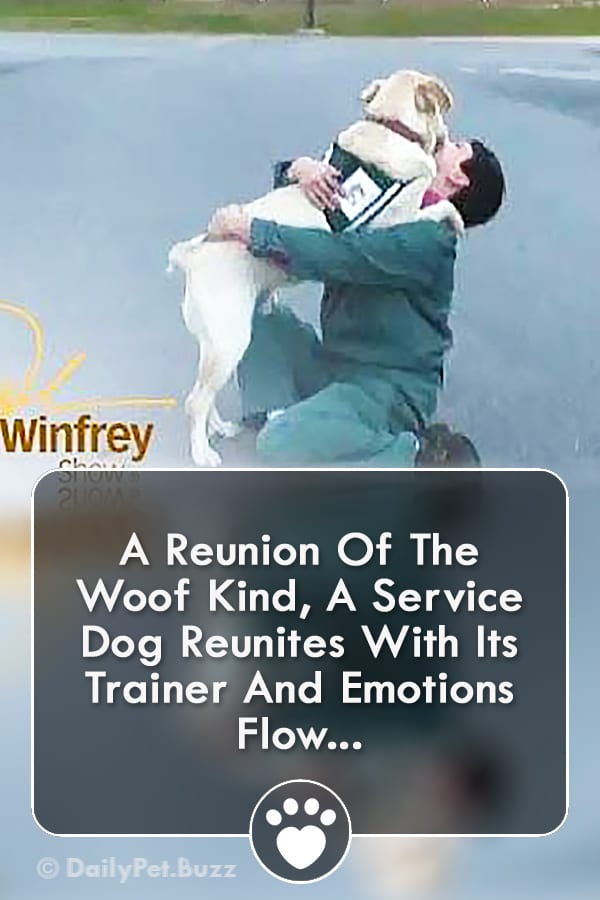