There are so many videos out there of animals attacking each other. It’s quite disheartening. Here, we have one that can act as a salve for the wounds to our psyche. This is a video of two dogs that have been bred in the past for violence, having an epic battle – for fun. They aren’t out to hurt each other. Their intention is only to compete. There is one point that one takes the ground out from the other one, literally.

We see a Rottweiler named Brutus Maximus, who has been the star of a couple of other videos that I have written about. This time he’s at an off-the-leash beach when he’s challenged to a game of tug-of-war with a pit bull. They find a giant stick and the dogs grab one end of the stick. They start tugging hard and for a little while it looks like it’s going to be any dog’s match. Both of them are trying to come up with a strategy.

Then the tide starts turning, with Brutus getting his legs under him. He’s standing near the shoreline and the waves come in and he starts sinking a bit in the sand, which gives him even more of an edge. He’s not budging and his jaws are firmly clamped on the stick. The pit bull starts getting tired, and that’s when Brutus senses that it’s time for him to start making his final move to try to win.

What he does is start backing up into the water. Brutus’s dad comments that the pit bull has no intention of letting go either. They are ready to call it a draw. Then Brutus backs up even more and it’s starting to look like the Rottweiler could back all the way up to another country and the pit bull wouldn’t give up. The daddy, who uploaded the video, said his camera ran out of storage, but Brutus, sensing that the other dog could be in trouble, let go and the two dogs came back to land.

Wasn’t that an awesome video. You could almost see Brutus strategizing toward the end. Have you had an experience like this? We’d love to hear about it in the comments section! 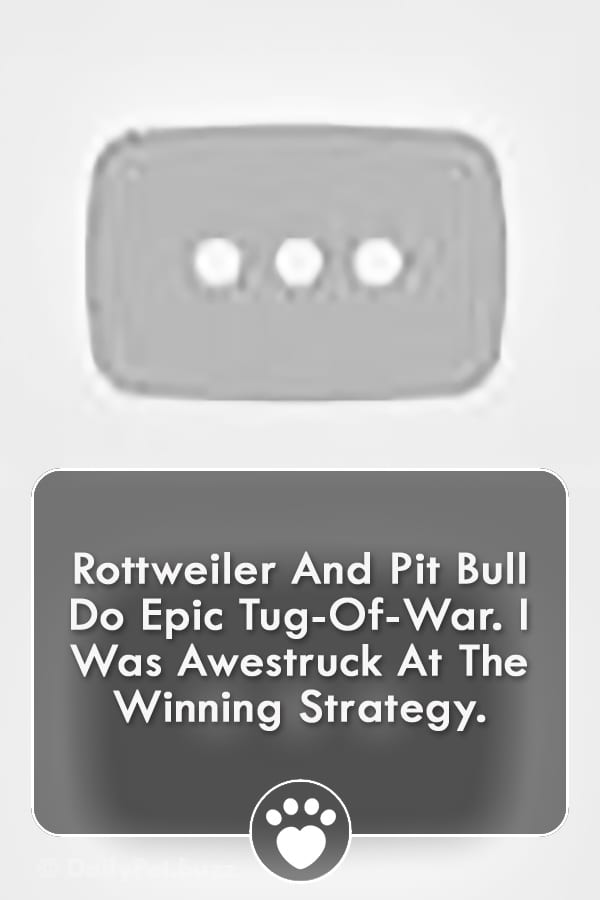