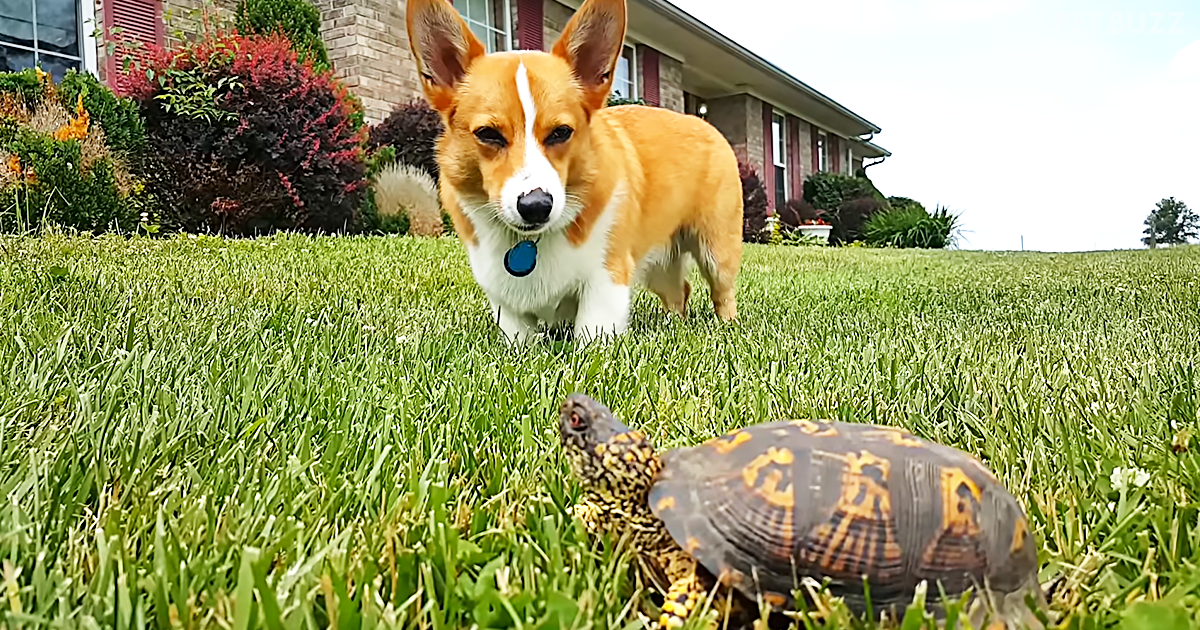 Regardless of a dog’s particular size, these furry and friendly creatures can be scared to death of the most random and funny things, such as pineapples, eggs, or even their own tail. This particular dog, a gorgeous corgi, is startled by something that I’m pretty sure he can escape from quite easily.

Seeing something for the very first time is always a very exciting and thrilling experience for a dog, even if it is the most mundane and slow-moving thing ever. That’s what makes videos like the one below so hilarious.

The star of this clip is Turbo, a very relaxed corgi who was caught doing something very strange one day. His dad started recording as he realized that the dog wasn’t actually sleeping beside a smooth rock, but a turtle.

He caught Turbo playing outside on their lawn along with a slow but gentle reptilian friend, and the dog is just completely flabbergasted. Turbo can’t believe that what he thought was a rock is now moving.

As the turtle moves, the dog reacts and jumps because he is startled, but not without trying to keep his cool and his composure in this new situation. Turbo first thinks he might be a threat, and he starts barking at it to alert his human friends. But he will quickly realize that the green-shelled friend means no harm. Watch the whole interaction between Turbo and a wild turtle in the video below. 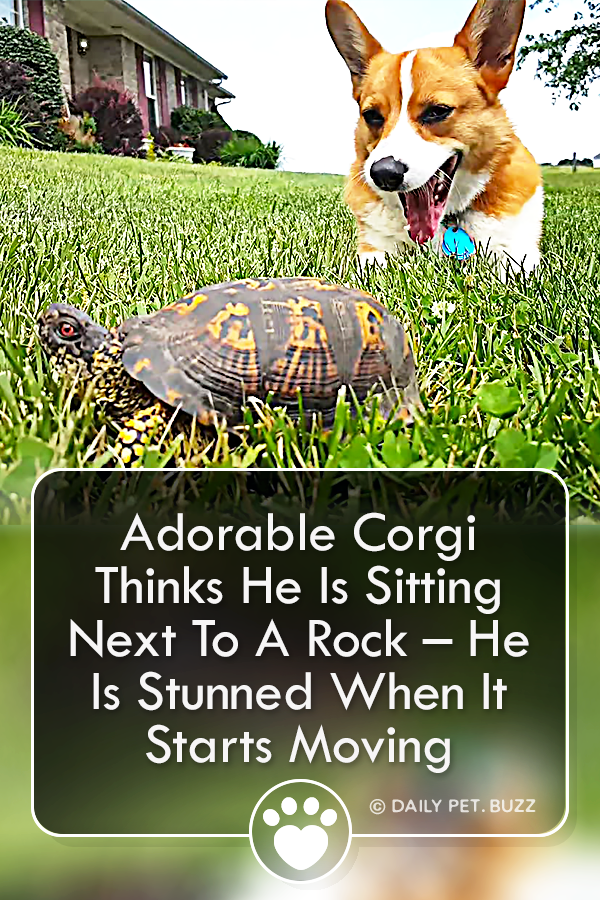