There are some days when you just need to dance! For Deputy Scherb at the El Paso County Sheriff’s Office, the last day of his 29 year tenure with the sheriff’s department definitely but a little wiggle in his step. He was ready to celebrate, all day long, even on an otherwise run of the mill elevator ride. So he didn’t let the small space, or sharing the ride with a pair of uniformed officers, deter him from getting his joy out with a little impromptu boogie-woogie.

Deputy Scherb enjoyed his time at the sheriff’s department, and had served a successful and productive 29 years. His colleagues praise him for his impeccable work ethic and sense of professionalism, both of which had earned him a high level of respect. Of course, we can’t all be buttoned up, all the time. But it was this history that made catching his footloose and fancy free mood on tape even better!

Elevator rides can be pretty dull, normally, but not this one. Scherb got on the elevator, then heard the strains of Silento’s ‘Watch Me (Whip/Nae Nae)’ coming through the speakers. He threw his usual sense of decorum to the wind and busted into a happy-go-lucky dance, with some pretty spectacular moves. The elevator stops on a floor to pick up another passenger, one Deputy Reed. He doesn’t slow down even a little bit. And after an initial moment of confusion, Reed joins right in! The only break in the dancing is when Chief Deputy Evans joins them. After saluting the Chief, the three ride in a slightly awkward silence for a few seconds. As soon as the chief gets off, though, the party continues!

Watch this hilarious video above. What did you think? Leave us a comment, we’d love to hear from you! 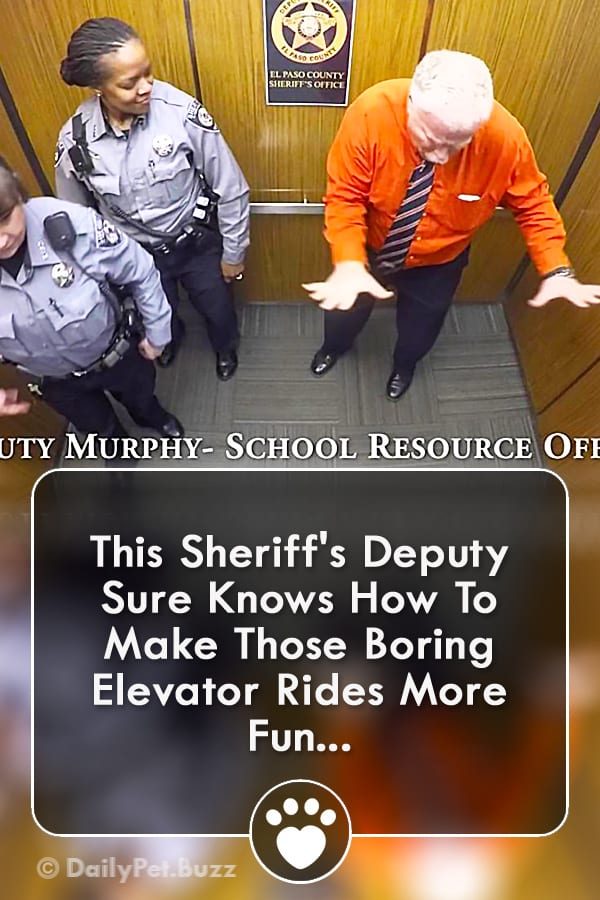