There are many jobs out there for much larger dogs. Police dogs, for example. They tend to be breeds like German Shepherds. The police force needs a dog that can barrel into a criminal and knock him down. They don’t want a tiny dog that the crook can grab and punt them away from the scene. Though there are some small dogs that have giant hearts. You meet one of them here, Percy.

Percy is in a pen with two other dogs and a sheep. It seems like the other two dogs are learning how to guide the sheep where they want him to go. The session seems to be going well. Then Percy, who is a 16-week-old Pekingese decides he wants to get into the act, despite looking like someone had glued hair to a soccer ball. He does NOT look threatening in the least bit,but he’s determined to do this.

The people that are watching Percy try to corral this sheep are laughing so hard that they are in danger of passing out from lack of oxygen. The other two dogs would probably be laughing if they could. It is so cute, seeing this little 16-week-old fluffball chasing the sheep around the pen. The sheep is trying to figure out what the dickens is going on. The best part is at the end. The sheep stops for a few seconds and then takes off again.

Percy is an irresistible force of nature, for sure. He has boundless energy to chase this sheep around. It seems like he’s a quick study too ” though I’m not sure how effective he would be if he was doing this with a whole herd of them. Then again, the sheep might be so stunned to see this itty-bitty dog barking at them that they immediately comply with what he wants. Hey, stranger things have happened.

Wasn’t Percy adorable? He’s going to be the best sheep herder ever? What do you think? We’d love to hear your opinion. 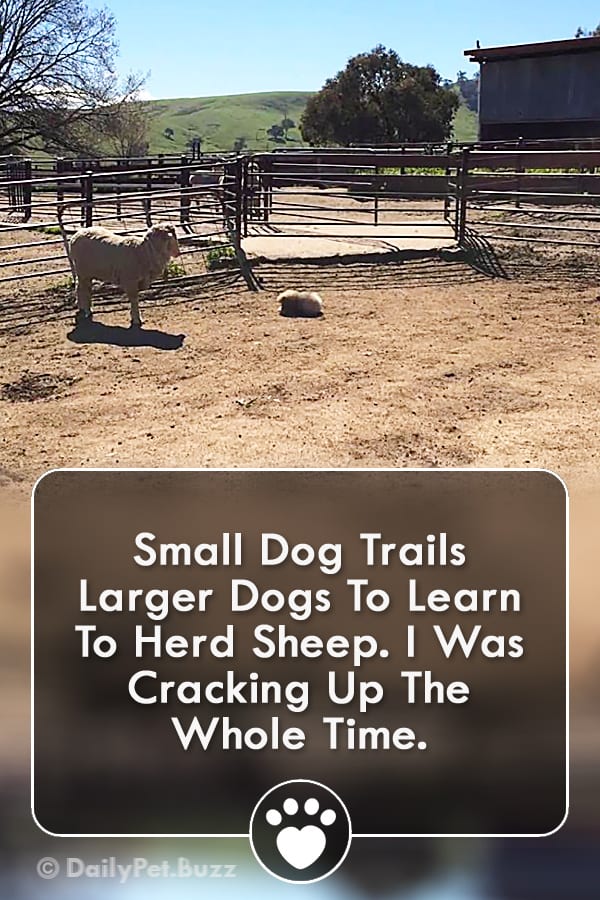