Dogs get the reputation for being the most affectionate when their mommies or daddies come home after long trips. We see video after video of them leaping, wriggling, licking, barking – you name it. Cats can give canines a run for their money when it comes to showering their parents with love. It might not be as outward as dogs, but they do let them know that they missed them. Take a look at this compilation video.

We see a bunch of clips of people coming home to see their cats after a while. The very first one is awesome, with a soldier coming through the door and after he puts his stuff down, his rather large cat circles him and then jumps into his arms and stands there. The rest of the video features a lot of happy meowing and rubbing and petting. It made me want to go over to my cats and pet them. OK. I just did that and then came back and typed this.

When it comes to compilation videos, it’s always difficult to pick out my favorite scene. I would have to say that it’s probably the very first one, when the soldier comes home and has the cat leap into his arms. There’s just something really cool about that, but the one that followed it was a very close second, with the cat bounding down the stairs to greet his daddy when he got home.

People say that cats can be very aloof. Yes, there are certain times that even my extremely friendly cats can seem to project a Greta Garboesque ‘I Want To Be Alone’ vibe, but they can also be an extremely friendly species, as you can see in this video. While they generally won’t jump in your lap and slobber all over your face, they can be quite affectionate in their own way. You just have to know what to look for.

Which one of these cats grabbed your heart? I’m tempted to say all of them, but that’s a cop-out. Tell us your choice(s) in the comments section! 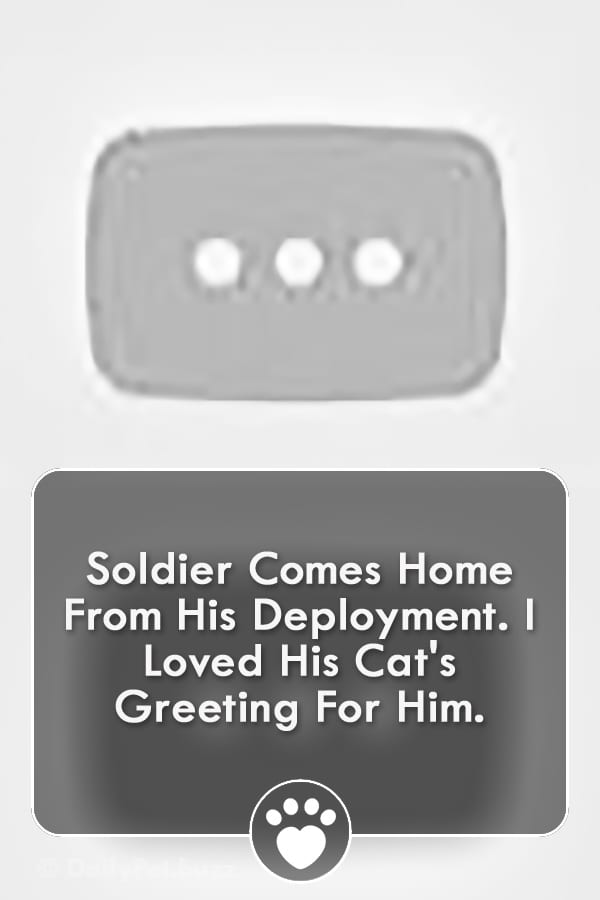