The following video shows an accident that happened back in 2006, in Holland. About 100 horses were stuck on a newly formed island after a very strong storm hit Marrum, a small countryside town. A lot of sea water was pushed into the inhabited land in the outer part of the village because of the strong winds and the moving of land caused by the rain.

This pack of 100 horses was stuck on the flooded land, and sadly 19 of them passed away during this natural disaster. Many attempts were made to help the horses and bring them food while they waited for their rescue, but they were mostly fruitless.

After 3 days of waiting, something miraculous finally happened. There was a new storm coming close to the area again, and the horses needed some help desperately. So they made a post on an internet forum to look for an expert rider who had experience dealing in pressure situations and with water. A group of women from the Netherlands Horse Rescue came to the rescue, and seven of their members risked their lives in the dangerous job that was necessary to help the poor horses.

Don’t miss this thrilling video just below! If you liked it, share it with your friends and family! 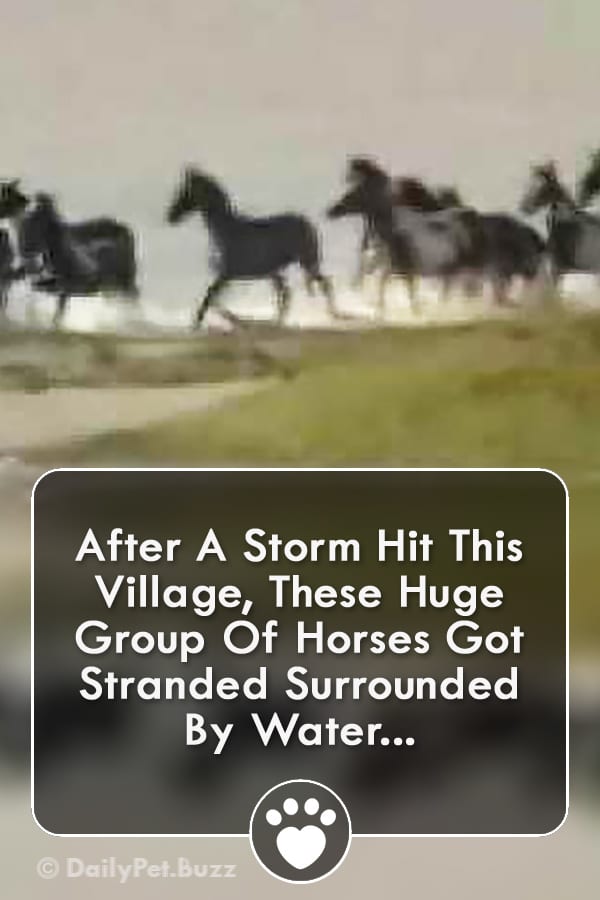