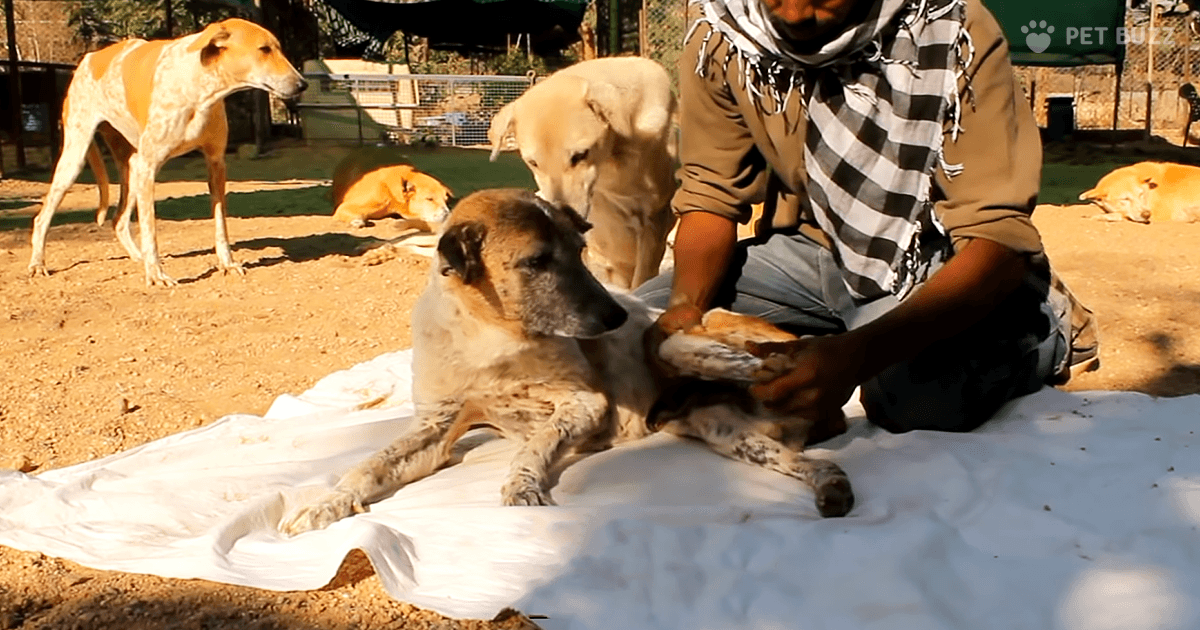 Animal Aid Unlimited is an animal rescue organization and that works for the welfare of injured and sick street animals. They are located in Rajasthan, India. Every year they rescue thousands of helpless animals. They do so much with so little. You can see from their facilities that they really care about the animals, but have limited resources. They do such a great job with what they have.

This story is about a paralyzed street dog called Yamuna. Yamuna had been hit by a car and her hind legs were left dragging behind, making her unable to stand. She was so pitiful. Dragging her legs had caused some sores, but Animal Aid found her before the situation was too bad.

Animal Aid got Yamuna off the street and brought her to their shelter and gave her physical therapy. On Day 3, she still couldn’t walk, but she didn’t appear to be in pain and she was very receptive to the physical therapist. On Day 5, he put a towel under her and held her backside up while she attempted to walk, and there was visible progress.

By day 10 she was able to walk albeit rather unsteadily. She was very motivated by treats and would follow her physical therapist anywhere, walking on her own, if he had treats. Half a month passed by and Yamuna could start running. She is fully recovered now, and they are helping another dog named Kaashi to recover from the same injury now. Please donate if you can to help them continue treating the animals.

Watch this amazing recovery of Yamuna below. 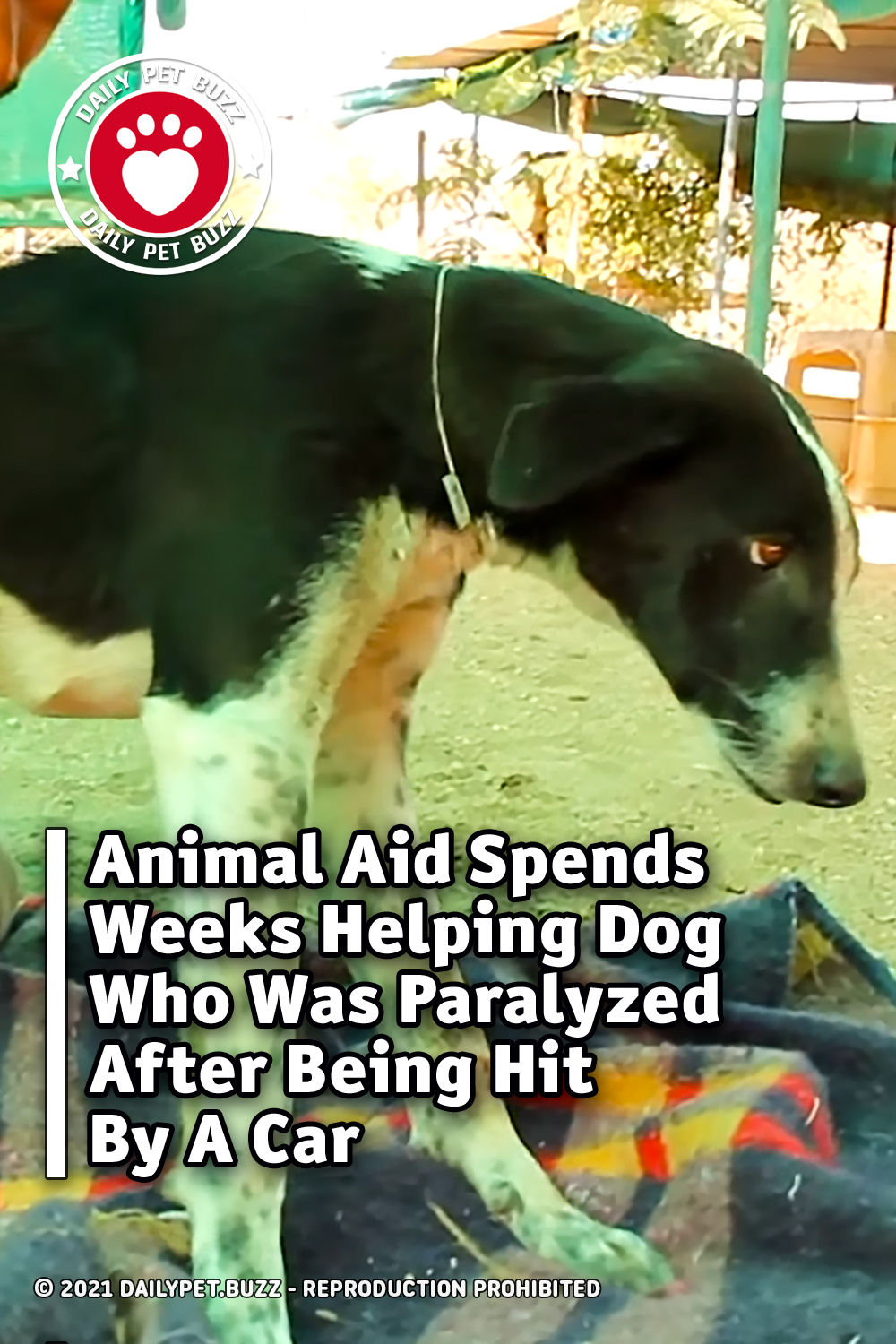