Birthing is a very hard process for anyone. Even with the best medical care, things can go wrong. While the skilled surgeons can pull victory out of even the most determined jaws of defeat, things don’t always go 100% perfectly. Even in the most controlled environment, things can go haywire. Now add the uncertainty of animal births, then the success rate is even harder to attain. Like what happens in this video.

The video opened with the vet in the operating prep room. He scrubbed down while explaining that the dog that he’s performing the C-section on delivered one puppy the natural way, but two were still stuck in her uterus – and this meant that they were being deprived of oxygen. Time was of the essence, so he finished scrubbing and hurried into the operating room where he would try to save some lives.

The vet removed two puppies from her uterus. One of them was potentially able to be saved, his color was good. The other, sadly, was blue and there was no chance of saving it. The one that had the chance had been closer to the cervix. A nurse took one of those air bulbs and stuck it in the first pup’s mouth and was blowing air in every few seconds. After a few attempts they heard a sweet sound ” yelping. The pup was alive! They transferred him to an oxygen mask.

This didn’t just save the life of one pup, it also saved the mother, since she was in danger of dying herself if she didn’t deliver those puppies, one way or another. Fortunately, the vet hospital was there. If she had been in the wild, it wouldn’t have ended well and the one pup she did deliver naturally would have been in deep trouble. While not perfect, this was

While it was sad one didn’t make it, the good news is that two pups are still around and a healthy mama can take care of them. What do you think? Feel free to weigh in by leaving a comment. Also , please ‘Like’ us on Pinterest. 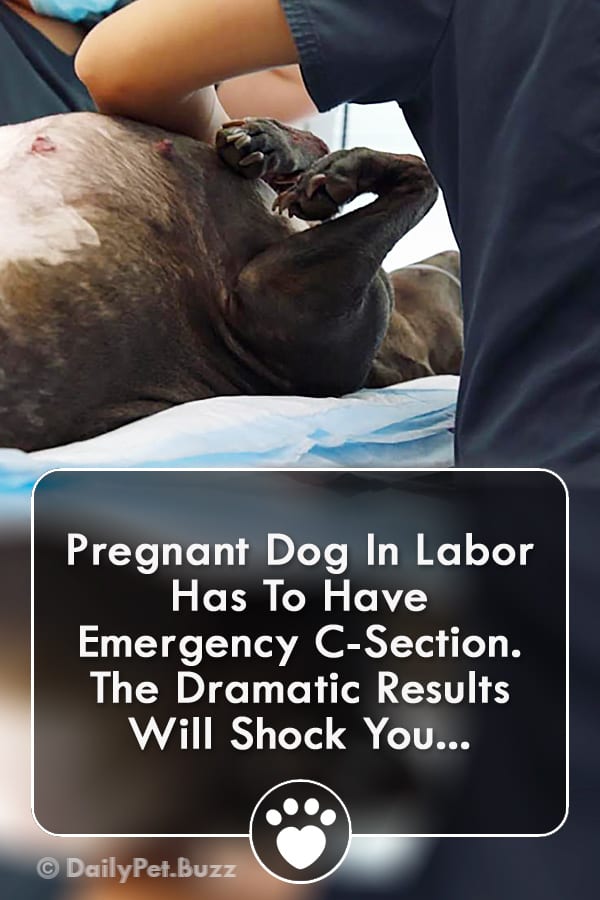