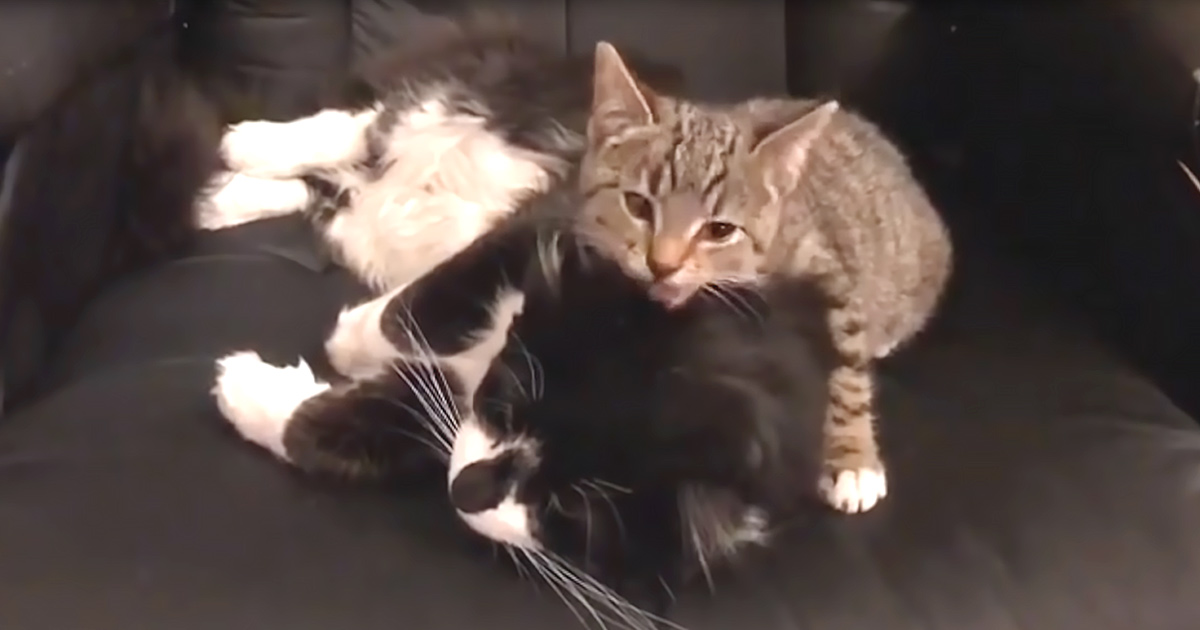 Cathy Blouin heard someone report a crying kitten outside a daycare in Quebec, Canada. A search of the parking lot and the sounds of a kitten’s loud distressed meows led Cathy to a tiny tabby crouched between two trash receptacles. She was scrawny and soaked from the rain.

Frightened of the sudden human attention at first, the kitten tried to run away, but Cathy captured her and wrapped her in a soft, warm blanket until the kitten calmed down. No one around knew the little feline or responded to Cathy’s inquiries, so she brought the tiny tabby home, where the youngster acquired the name, “Whippet” from Cathy’s children.

Once Whippet had acclimated to her new home, the family introduced their new member to their resident cat, Oreo, who accepted Whippet and immediately groomed her over her entire body. The feeling was apparently mutual. Whippet fell head-over-heels for Oreo, the handsome long-haired tuxedo cat, and followed him everywhere he went.

Oreo has taken it upon himself to be Whippet’s best friend and teacher. The baby tabby has learned how to use a litter box and how to give herself a bath from Oreo’s mentorship, but the adult cat still bathes her following her meals. The two have become shadows to each other and are rarely apart. They play and cuddle together all day long and are the best of feline friends. 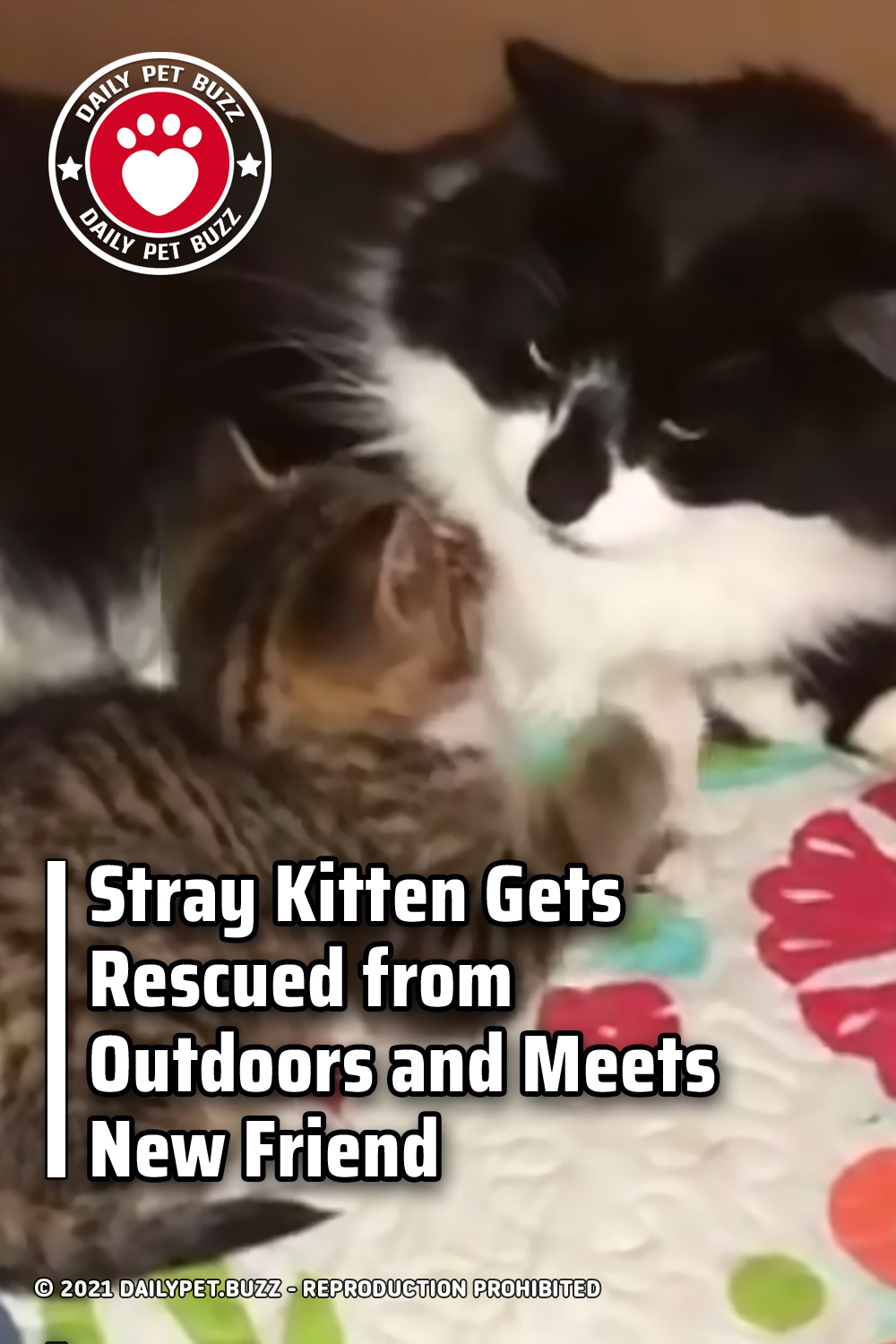