As we’ve seen many times before, there are many organizations who work very hard to give helpless animals a chance for a better life. In the video we brought to present to you today, Hope For Paws are back with another incredible rescue and transformation. For those who don’t know, they are a group dedicated to helping stray dogs who have become too endangered or fearful of humans, and they help them recover and get a makeover, so that they can be happy again.

In the clip, we see the story of Dorothy, an elderly dog who has hiding near a highway, deep in some bushes. She was in very poor condition, and was very aggressive towards humans, thanks to her hard life. Thankfully, Hope For Paws received the call and jumped into action, and even though the dog was very angry at first and started biting at them, she eventually calmed down, and even froze right there on the ground because of the shock of being handled. At first it looks like she’s already given up, but when you see her transformation, you’ll be convinced that every dog deserves another chance!

Finding a permanent home for an elderly dog is a hard task, but thanks to Hope For Paws, it’s definitely paws-sible. Tell us what you thought about this video in the comments! 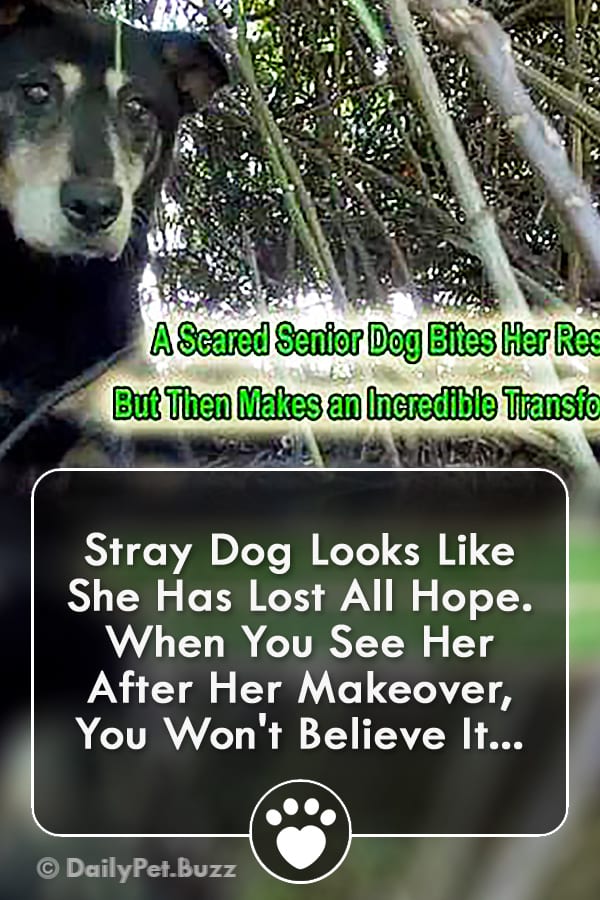