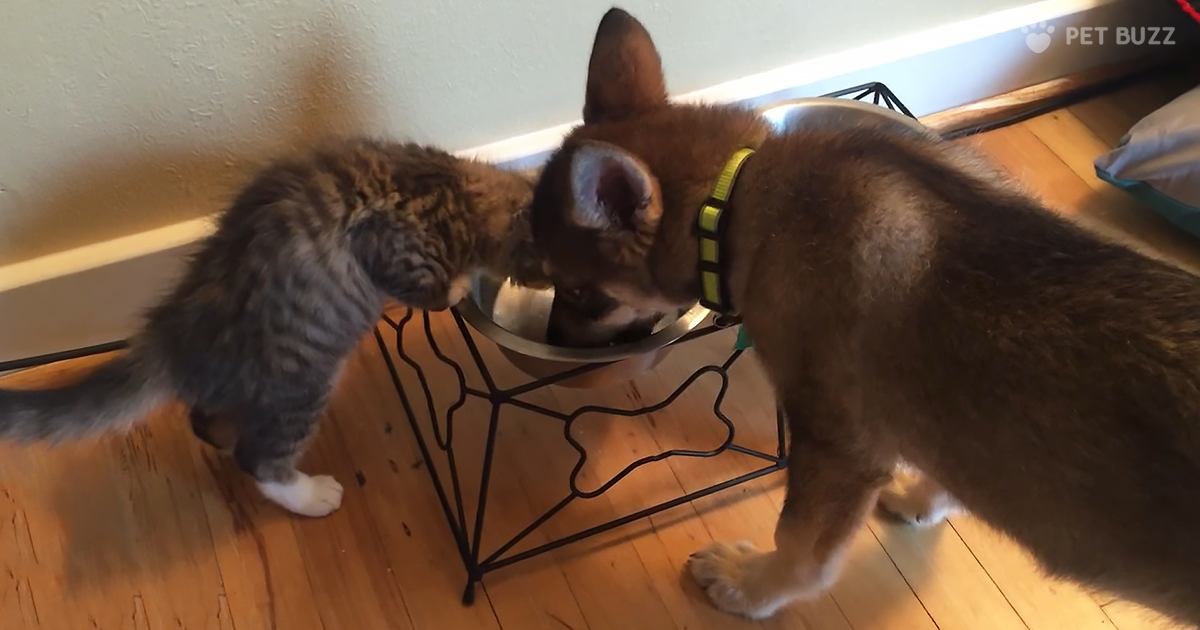 There are a lot of unlikely friendships out there. Red Sox and Yankee fans. Celtics and Lakers fans. Republicans and Democrats. Well, that last one must be a bit strained with all that’s been going on politically. Yes, cats and dogs have been known to get along from time to time. I dare say that no pairing has been as cute as the one that we see in this video. Try me. It’s a losing battle, I know.

Raven is a Tamaskan puppy, Woodhouse is a kitten. Her parents took Raven to a shelter and that’s where she found Woodhouse. The two hit it off immediately and the kitten had a new forever home. There are so many pictures of the two of them cuddling together. They like to wrestle sometimes too. It’s an amazing bond that I hope lasts for a long, long time. If they change, that’s a shame.

Woodhouse and Raven are so close that they even drink out of the same bowl. The adorable, yet short, video shows them both at the bowl. Woodhouse waits for Raven to finish and then continues to drink. I don’t think anyone taught them about contamination and germs, but – whatever. They seem to enjoy it and that’s all that matters. Some of these pictures would be great in any animal magazine.

I love watching videos of cats and dogs playing together. It just shows that any species can get along, especially if they are younger. This helps them rewire their own basic instincts. If they were older, they might be snarling and hissing at each other in short order. Then again, they might not have. Fortunately, we don’t have to worry about that scenario with these two best buddies. Here’s to a long friendship.