Thousands of dogs and cats are killed each year at shelters because there is simply no way to care of them all. People who refuse to spay or neuter their pet, and those who continue to breed to make money are the biggest contributors to this problem. It is reaching epidemic proportions all over the world and people need to be made aware of it. They also need to be aware of what an animal goes through when taken to a kill shelter, or any shelter for that matter. That’s what the creator of this next video is trying to communicate.

This video above starts with a woman who finds a lost dog and takes him to what looks like an animal shelter. She is asked to wait for a while. But seconds later, things take a crazy turn and we see something unbelievable happening inside this weird animal shelter. People dressed as enormous dogs and cats start walking out of the front door. She is as stumped as we are!

Then she told to take the dog to the back, through a different door. As she goes to the door alone with the dog, there are people, near naked, in the concrete enclosures, cold and behaving like dogs would if put inside. Then she opens the door, and more people in cat and dog costumes are preparing to put a man ‘to sleep’ like they would a dog. It’s all a show of course, but really hammers home a good point.

The message at the end of the clip says, ‘I’m someone, not something’ and that is very important to remember. Animals have feelings too, just like we do. Fortunately, the woman decides to leave, taking the dog with her.

Apparently this is all a set-up created by French YouTube personality Remi Gaillard, the man ‘working’ in the front desk at the beginning. This video is titled ‘Animal Planet’ and it was created to send a message to the society. It urges us humans to put more thought and care into the way we treat animals ” especially when contemplating surrender or abandonment.

Watch what this woman sees in this shelter. What are your thoughts about it? Drop it in the comments section below! 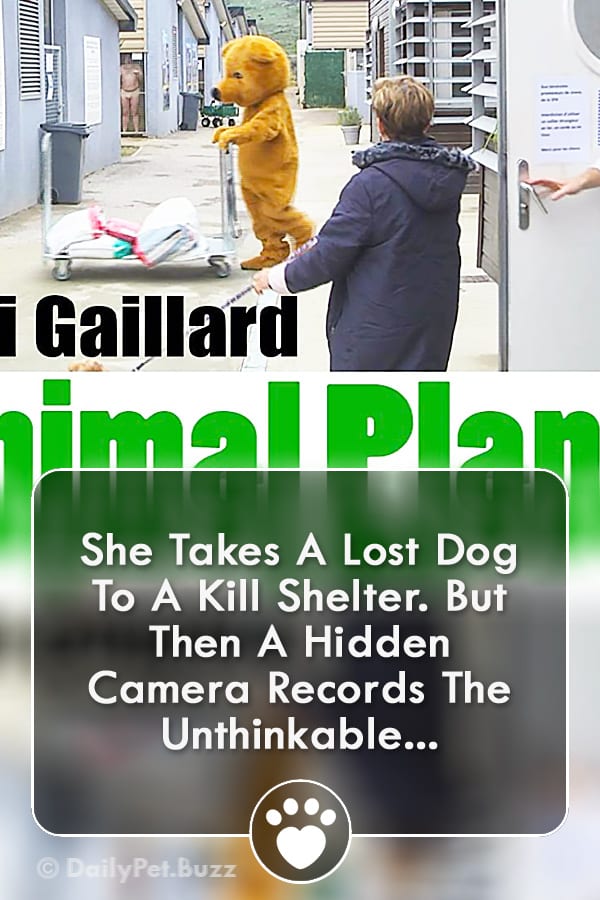