This video is going to be a real treat for all you horse lovers out there. Big Jake is one of the biggest horses in the whole world, although I’m sure his owners didn’t expect that when he was born. This gentle giant was given the title of ‘the tallest living horse’ on the planet by the Guinness World Records in 2012.You are going to be astonished by the sheer size of this beautiful creature.

At the time of his birth, Big Jake weighed 240 pounds, but he weighs a lot more than that now as an eleven-year-old horse. This Belgian horse stands at nearly 6 feet 11 inches tall, or over 20 hands in horse measurements, and weighs a massive 2,600 pounds! He lives in Smokey Hollow Farms in Poynette, WI which is managed by Jerry Gilbert. According to Jerry, Big Jake has a heart as big as his body. He loves people, attention, and goofing off.

Jake was purchased in Nebraska and at the time of purchase, the owner never anticipated that this Belgian horse would become a giant. He has a very strict diet of hay and oats and lots of water, which seems to be working for him. Apparently he’s quite a prankster and likes to play with people’s hair. Jake doesn’t look too affected by his stardom and it seems like he has a cute little donkey as a best friend. Even the other horses stop and stare as Jake walks by, oblivious to all the hubbub he creates.

Watch this magnificent beast! Isn’t he beautiful? Let us know your thoughts about this spectacular video in the comments! We’d love to hear from you! 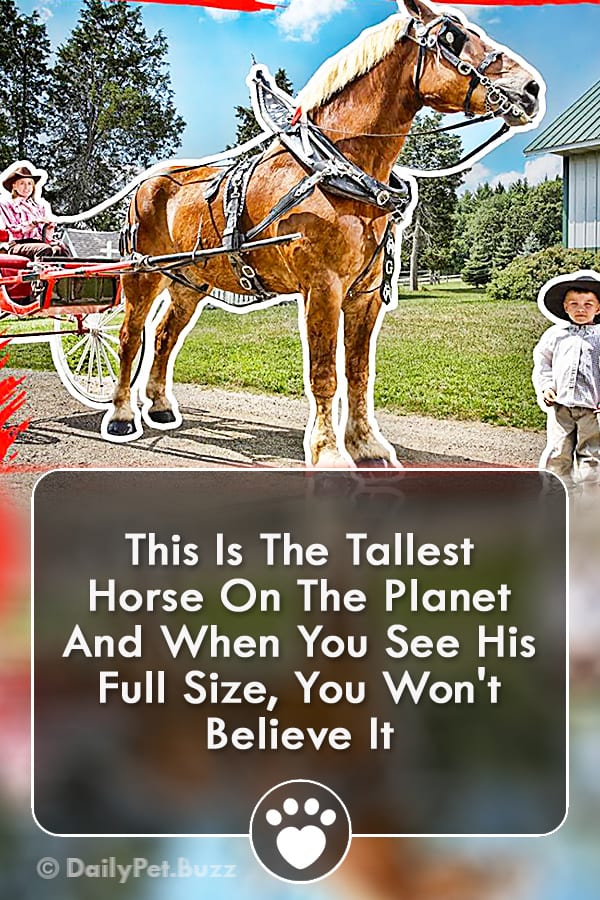