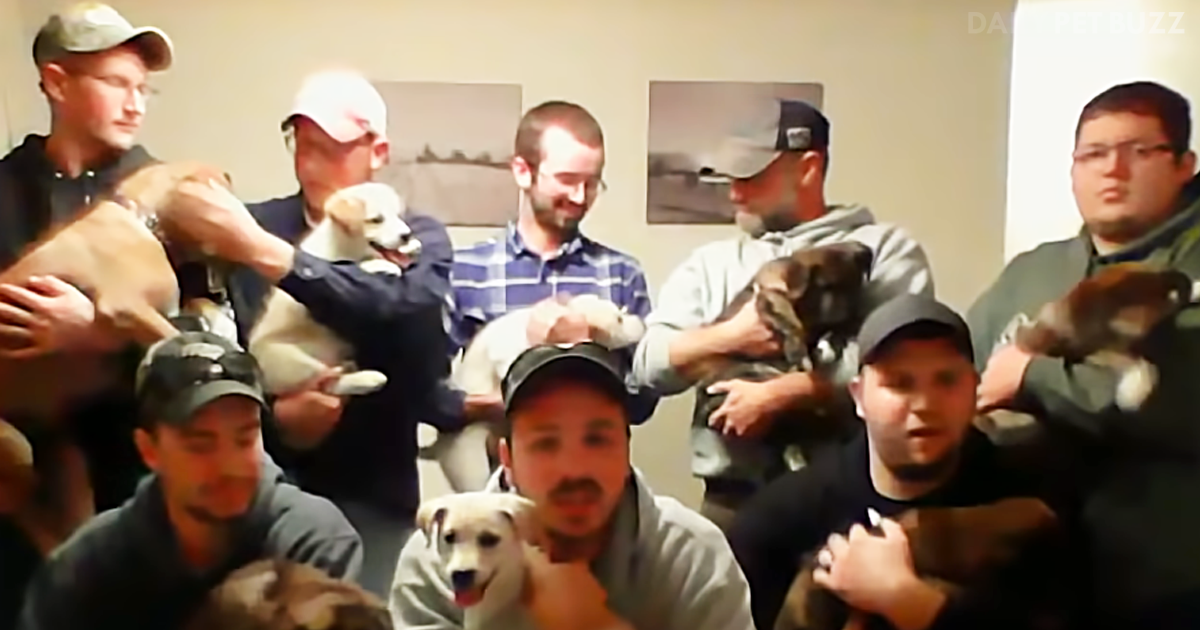 Mitchell Craddock was excited about his upcoming nuptials when he would finally tie the knot with his best friend and fiancee. His eight buddies were excited about as well; one last boys’ trip for his bachelor’s party where they could let loose and have a great time. They had the location sorted – a cabin in the quiet wilderness of Tennessee and had the money for liquor set aside.

These guys loved the outdoors. They envisioned a perfect weekend of beer, bacon, and having good old fashioned fun. However, on the first day itself, their revelry was interrupted by a stranger at their door, who looked at them hungrily as they cooked their bacon.

The scent of the cooking food wafted out the open windows and door, and this attracted a very hungry-looking, malnourished female. They were shocked. The hungry female was a dog who hadn’t been fed in a while and looked to be an abandoned stray. Deciding to name her Annie, they fed her and found that she had recently given birth to a litter that couldn’t be found.

Annie was so malnourished that her milk had dried up. The guys decided to rescue the pups. They followed Annie as she took off after she was fed and came across a grassy area in the forest where she stood guard over a small hole.

Coming closer, they noticed one tiny head poke out. The camouflaged hole held seven flea-ridden puppies, and the eight guys took them back to their cabin, where they fed them and gave them a bath. Even better, they spent the money collected for their bachelor party drinks and spent it on dog food and dog supplies.

They named the puppies Knox, Bear, Gunner, Rose, Finn, Brimmy, and Daisy, and the best thing of all – the eight guys adopted the eight furry animals. The guys all live within a five-mile radius of each other, which means that the dogs will always be near each other. I am so amazed and thrilled at the way things turned out. 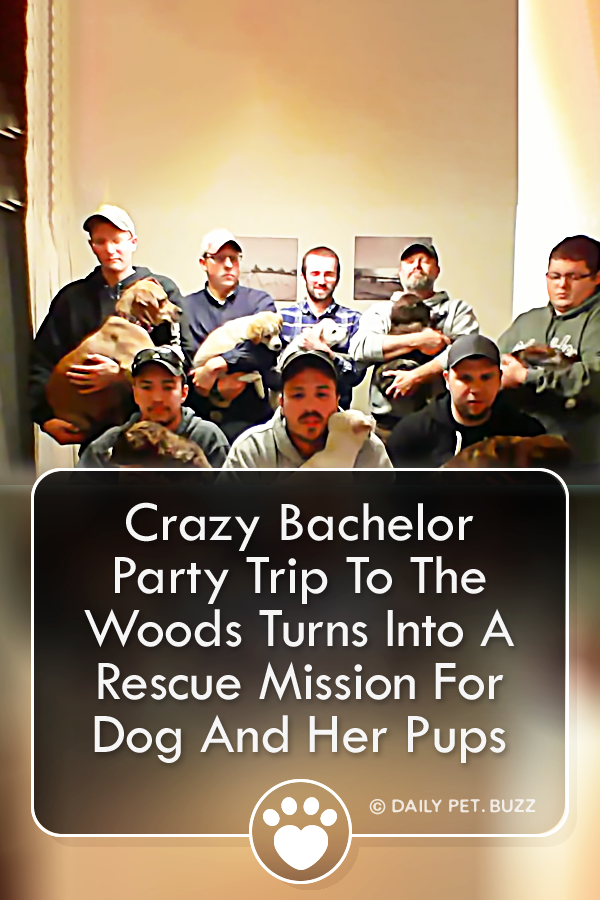