It might be hard to believe, but there’s people out there who willingly take animals away from their homes, even when it hurts them. Sometimes, animals become endangered while in their own homes, and people kindly take them in for their own safety, but the dog in the video above was cared for and loved by her owners and parents.

The little pup’s name is Mary Jane, and she was abducted from her home by some pet thieves about 7 months before this video was posted. Luckily for her family, Mary Jane was able to escape from the thieves that had taken her away, and she wandered the streets for a while, until she was caught by animal services. They took her in, and after a short waiting period, they put her on their adoption list and sent her to a shelter.

She became popular fairly quickly while at her new shelter, and all of the staff members started taking pictures of her and posting them online, and after a few days, Mary Jane’s original owners found out that she was being held in that shelter thanks to some friends that saw her on Pinterest. Its heartwarming to see cute stories like this one!

Watch this cute doggy story for yourself in the clip just below here. 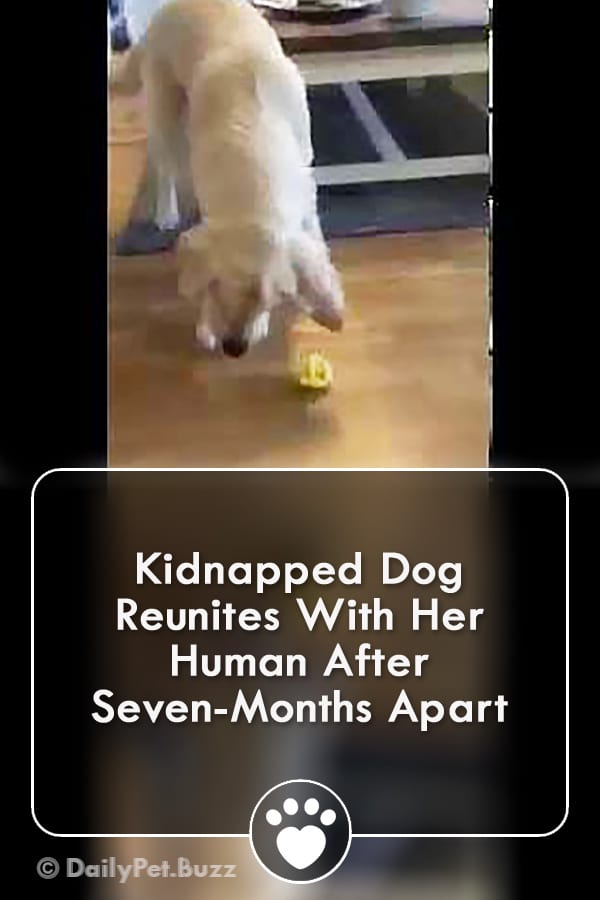