Being the wife of a police officer is a very difficult ordeal. While it’s true that you never know what will happen to you each day ” you could be mugged, have part of a plane hit you from the sky.. there are just so many ways you could have your ticket punched. That anxiety is magnified for spouses of law enforcement officials, since they can deal with very violent people each day. Unfortunately, some of them don’t make it home. One woman has a way of remembering those that didn’t.

This dog gave birth to 10 puppies. Her foster mommy, Tracy McMenamy, decided to honor policemen who had lost their lives in the line of duty by naming the puppies after them. It’s a really sweet gesture that I hope catches on. This would also be easy to politicize in today’s turbulent society, with the police on one side and certain factions of people on the other side. McMenamy has just spent her time with the police, especially since her husband is one, and wants to have some recognition for those who died protecting the members of their community.

McMenamy runs a rescue organization called Operation Paws For Homes, and the video shows these adorable puppies who are waiting for someone to adopt them. Their names are the last names of the slain officers. Unfortunately, 10 puppies are not enough to cover those who died. 16 had died the year before. Perhaps another litter will come soon – though I’m sure that we would all love to live in a world where there would be too many dogs to cover the names of the lost.

As is if this wasn’t heart-tugging enough, it turns out that one of the puppies who was named after a slain officer was adopted by his family. I just reached for tissues, too. Go ahead, wipe your eyes. I’ll be here. Hopefully this will help McMenamy and other law enforcement wives find peace to make their way through each day while their spouses are out risking their lives to protect ours.

Wow. What a moving video. What did you think? Leave a comment below! 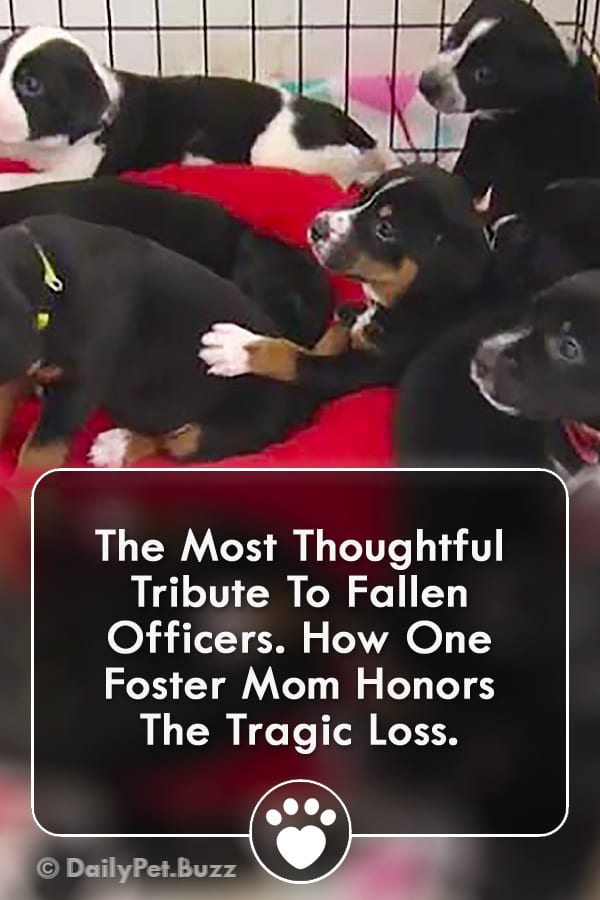