I knew Cockatoo’s could talk, but I had no idea that they like to dance until today!

It turns out not only are many cockatoo’s named Elvis due to their resemblance to the rock legend, but some are fans of his music too!

This cute video features two cockatoos and a guy with a guitar, crooning to them in his best Elvis impression. One is clearly a fan, the other, not so much. Watching the fun one dance and move his feathers to the music is adorable; I couldn’t take my eyes off of him.

The song, ‘Don’t Be Cruel’ was released by Elvis in 1956 and became a huge hit for him, named the 197th greatest rock song by Rolling Stone in 2004. This bird-owners performance isn’t half-bad, but he’s not the reason this goofy video has a quarter of a million views on YouTube, it’s his rocking cockatoo and his awesome dance moves.

He shakes his head up and down, spreading his feathers wide and really putting on a show ” all perfectly in sync to the music. It’s really amazing, I had no idea they had such great taste in music!

Wouldn’t you love to own a bird like this? 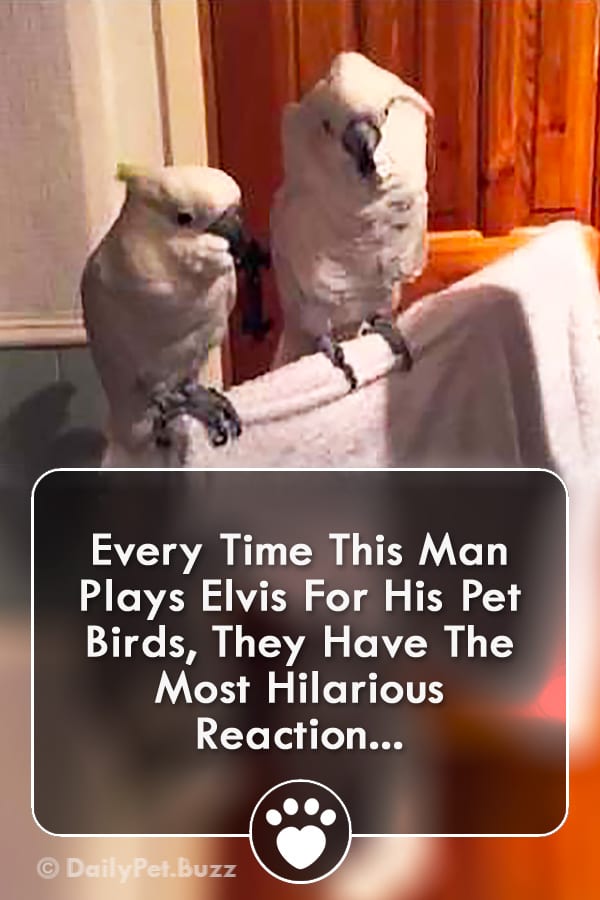