Cats and dogs are usually stereotyped as being mortal enemies. Cats are kind of detached and aloof compared to their doggy counterparts, but they can be equally friendly when they want. Just take a look at this adorable video above for example. The cute kitty will bring a huge smile on your face fore sure!

When the cat saw his bulldog friend sleeping, he decided to wake him up. Maybe he just wanted to play. The cat keeps on pawing at the dog, but all his attempts at waking up the pooch fail. The bulldog doesn’t even crack open an eye. He rubs against his head, and caresses the bulldog’s ears. He lays down in front of him and stretches. Nothing works.

He tries scratching the dog’s foot a bit, and this gets somewhat of a reaction, but the dog still doesn’t wake up. So the cat tries massaging the dog, which I would think would just make him sleep more. The dog is sound asleep and still doesn’t move. Actually, he might just be enjoying all this attention from his feline friend.

Eventually, the cat loses all hope. He stops for a bit and stares at the dog with a rather forlorn look on his face. When the cat realizes that waking the pooch is impossible, he gives in and decides to get some sleep himself!

Watch this cute clip above! Did this cat’s persistence make you smile? Feel free to share what you thought about it in the comments! 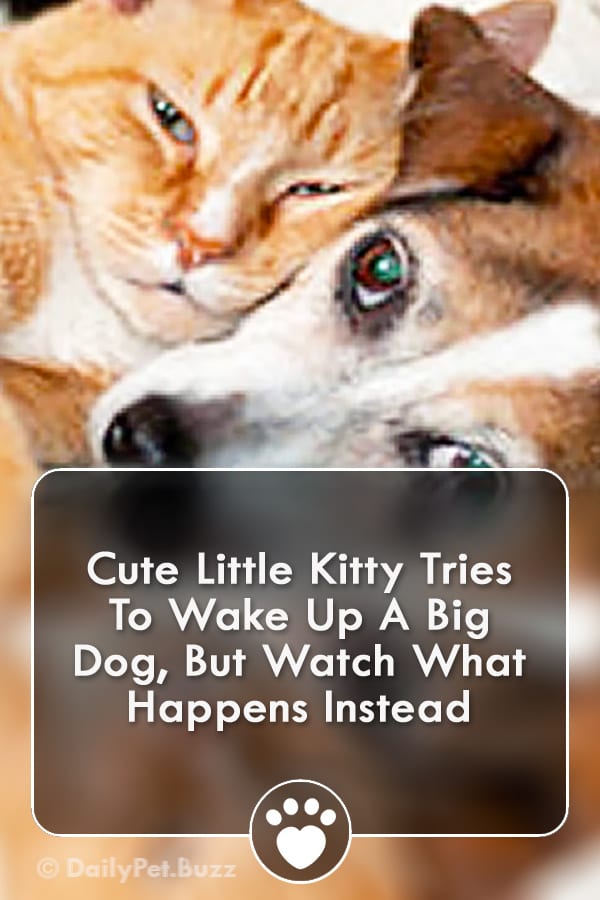