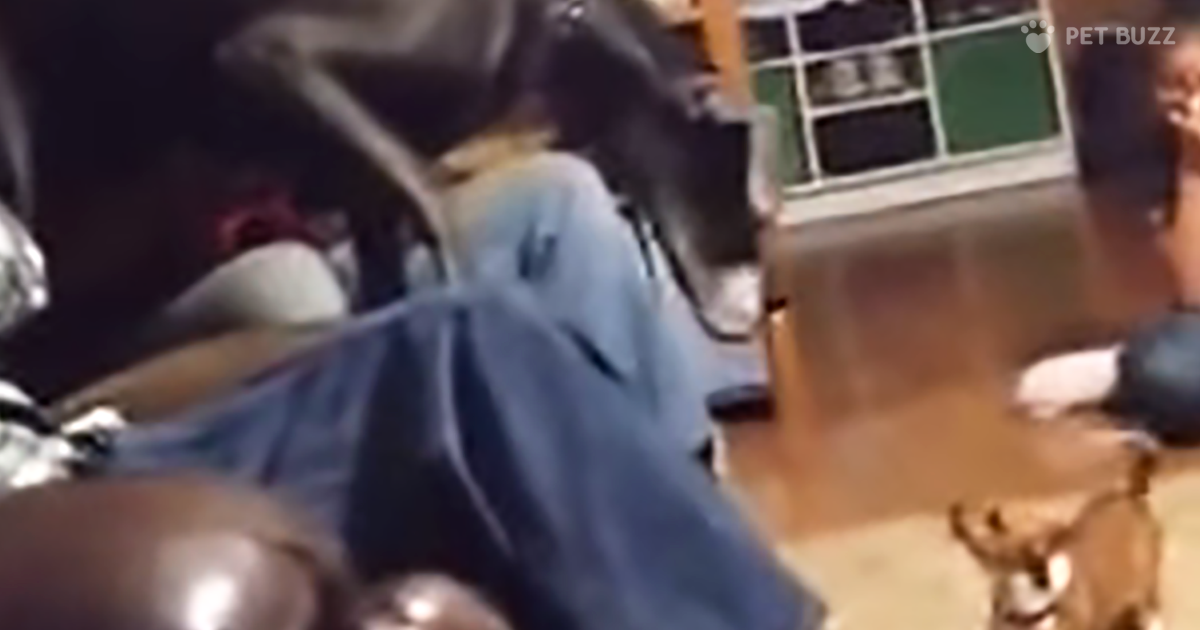 One of the most commonly applied laws of nature is that smaller animals are scared of big animals. It’s just a fundamental behavior driven by instinct because, as a general rule, bigger guys are stronger and tougher. That’s just how things generally go, and animals respond to it naturally by being careful with bigger fellows.

But in reality, toughness is much more than size and appearance, and the little pup in the video above demonstrates it in hilarious fashion. In the following clip, a cute little Chihuahua faces off against his enormous friend; a huge Great Dane named Duke.

The little doggy barks aggressively at his big mate, completely disregarding his size, and he demonstrates that confidence is everything in this world. One would think the big guy would be unfazed by a Chihuahua’s barking, but look at how Duke reacted.

Instead of responding or barking back to the little dog, Duke seems terrified by his relentless attitude and gives him all the respect that he can to make sure he doesn’t anger him further. It really goes to show how small guys can take on the big ones if they believe if themselves. Watch this hilarious doggy clip below. 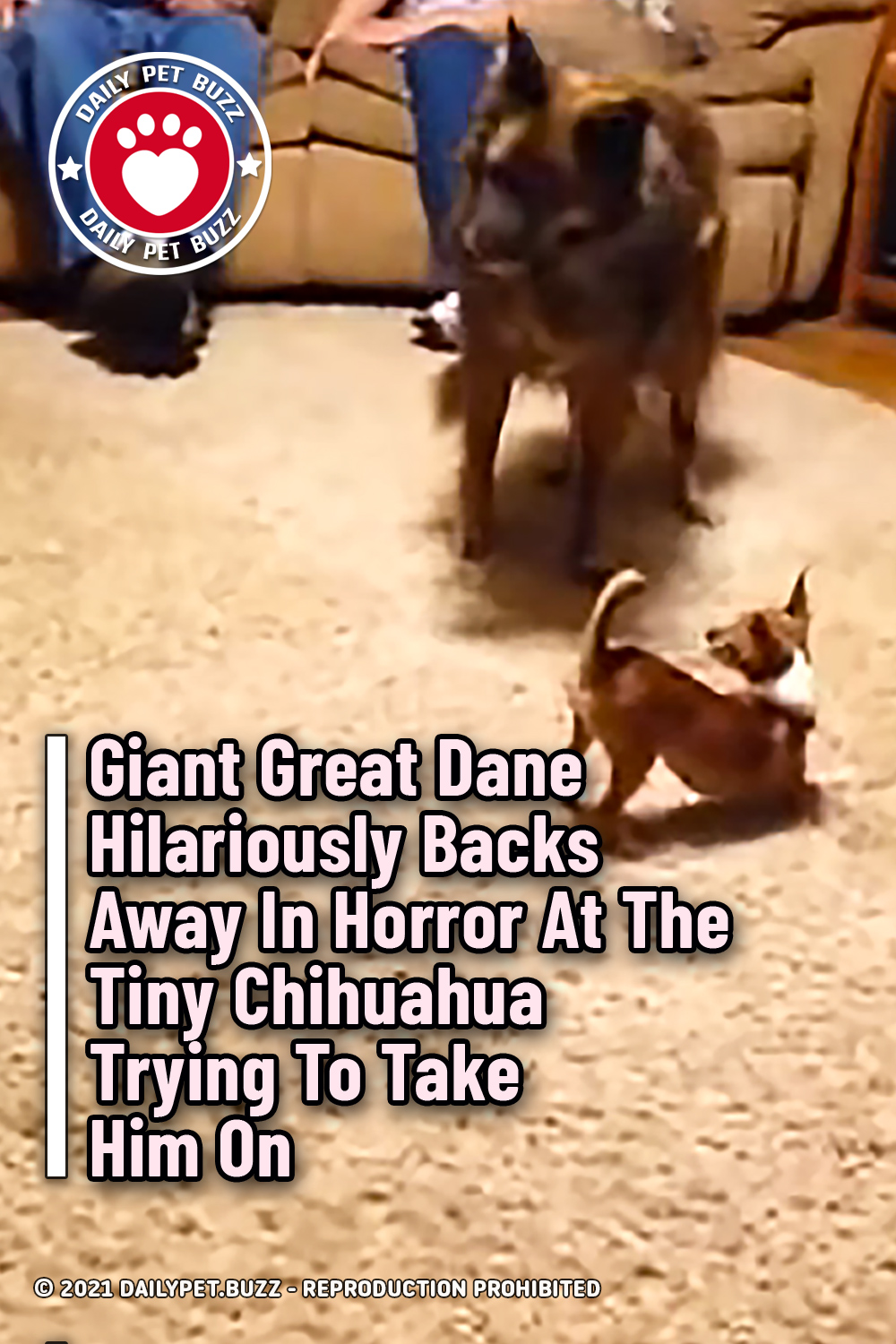