This adorable little pup in the video is named Misa Minnie. Misa is a bright Yorkshire Terrier puppy who is only seven months old. And not only is she extremely cute, but she is also immensely talented. She performs one impressive trick after another and will leave you enthralled!

Yorkshire Terriers are renowned for their intelligence and energy and are ranked among the Top 10 most popular breeds in the United States. They are also known to be possessive at times. Misa here is home trained, but when see her perform, you won’t be able to believe it!

In this video she performs tricks like pray, roll over, sit, shop, be sad, and so many others. Yes, I mentioned pray. Her mom tells her to put her paws up on her arm, and Misa does so, and then her human says, ‘Can you pray?’ and she puts her little head down between her paws! It’s just precious!

After watching this clip, I am convinced this tiny dog can do just about anything. She loves her tunnel and can even perform tricks with it. She can close doors and play dead. And while she does all of this, her human doesn’t give her any treats. She probably gets treats at the end, but not for each trick. It is just adorable, and the little bow in her hair is just icing on the cake.

Watch Misa do her array of tricks in the video above and let us know what you thought of it in the comments! 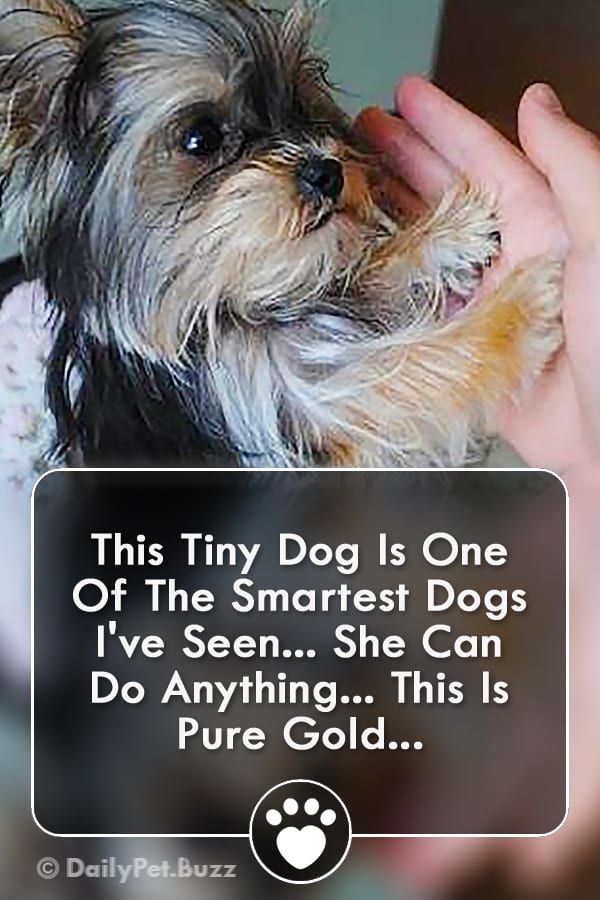