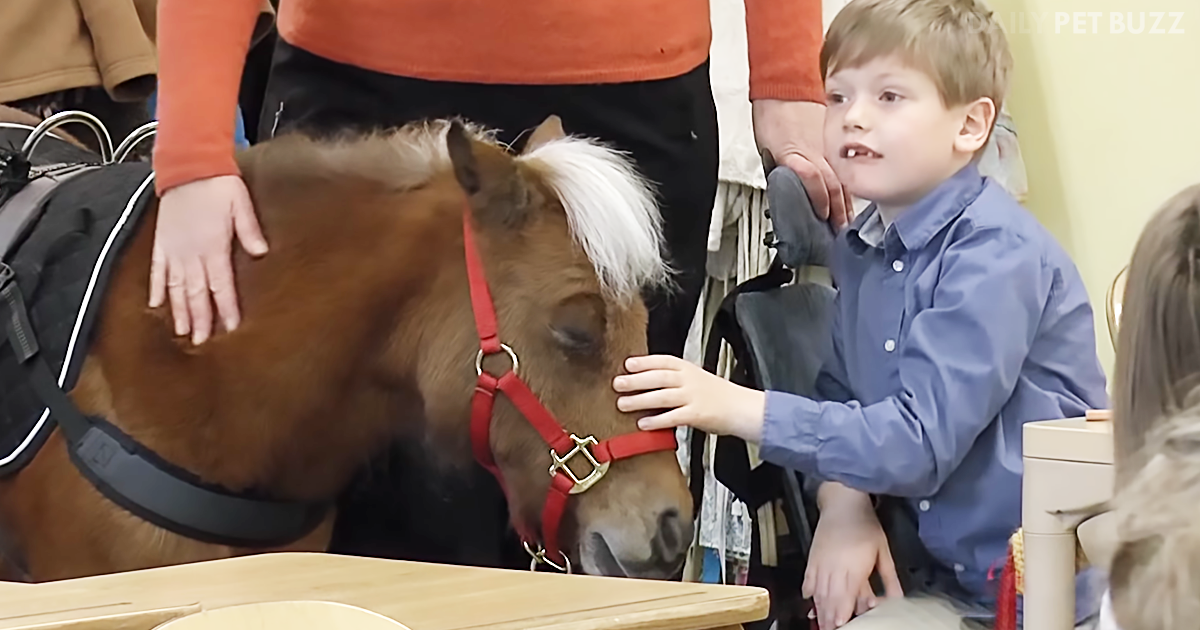 Zaiden Beattie is a 7-year-old boy who was diagnosed with a rare genetic disorder “ataxia-telangiectasia”– or simply A-T. It is an inherited disease that attacks the nervous and immune systems, making the patient progressively unable to coordinate movements.

Unfortunately, the life expectancy of the individuals who suffer from the disease is greatly reduced, many only living until early adulthood. But the boy has an unusual friend – a mini-horse called Gwendolyn. And she is not only an adorable animal, but she also plays an important role in the life of her young owner.

Gwendolyn helps the little boy stay balanced by staying calm and steady. Zaiden’s mini service horse is 32 inches tall and 250 pounds, and she is the perfect companion for him. Several times a month, the horse even follows Zaiden to class and stands protectively over him.

Not only Zaiden can benefit from Gwendolyn’s presence in the classroom: other kids are excited about her and even spend recess braiding her mane. Zaiden and his family try to remain positive, in spite of his illness. A-T is slowly taking away his ability to walk, but his cheerful personality remains unchanged. Watch this touching video below. 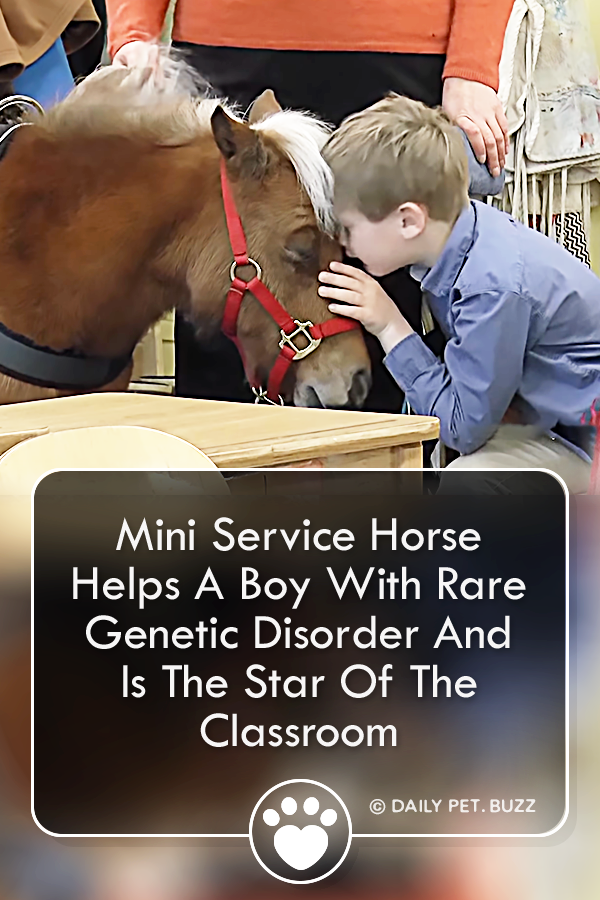