Pygmy goats area an adorably miniaturized version of the domestic goat. The breed traces its roots to the West African dwarf goat, a hardy denizen of the forests of West and Central Africa that has gone on to play an important role in the economy of rural West Africa. For whatever reason, conditions in those humid African forests favored the development of smaller goats. These miniature goats were brought to Europe during the colonial era and around 1950 were introduced to the United States. These pygmys, so tough yet friendly and with such good-natured personalities make for excellent back yard pets and petting zoo residents. Keeping pygmy goats is relatively easy. They adapt well to many climates, eat all sorts of greens and grains, need a shed, some open space, and a few objects to climb on. They also need a companion or two, and this need not be a member of their own species…

One family acquired a young pygmy goat named Pipsqueak. She’s ridiculously friendly and wants to make friends with anyone she encounters. So when she was introduced to an entire litter of puppies, she did her best to indicate she wanted to be friends and play. One little problem was the way goats let you know they’re glad to see you: firm but gentle head-butting. The puppies really didn’t understand why this strange creature was so eager to head-butt them. The way Pipsqueak dances around and makes little goat noises could not be more cute. Nevertheless, the puppies seemed to want no part of it.

In time, though, Pipsqueak managed to form a bond with one of the puppies. Outside in the yard, she and Snowflake the puppy put on quite a show of goat-dog friendship, frolicking with joy and abandon. Before long, the other puppies got the idea and the strange hoofed newcomer was accepted as one of the pack!

Does it get much cuter than a miniature goat and a bunch of puppies? Let us know in the comments at Facebook and be sure to like and share! 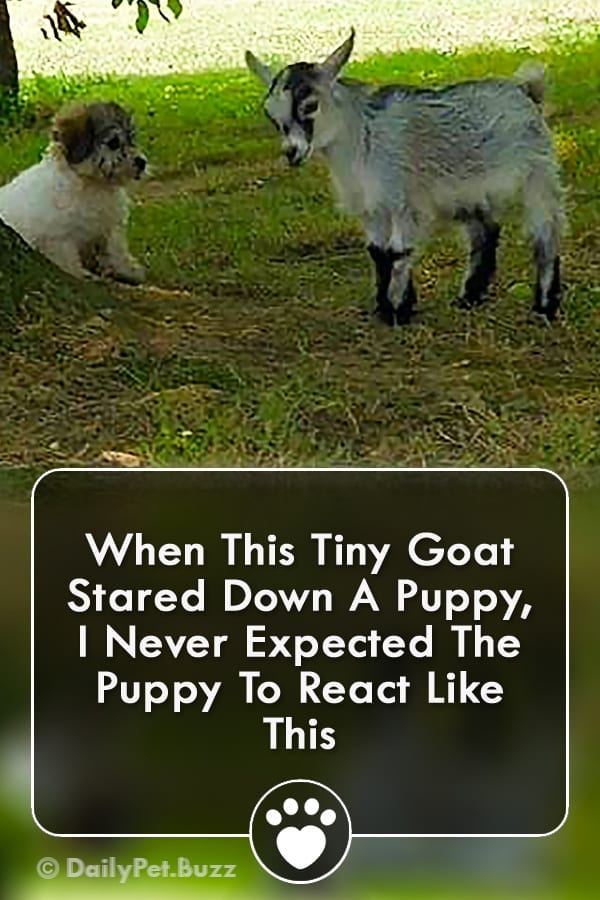