One of the cutest sights in all of the world is a baby cuddling with a dog. There’s just an innocence about this scenario. Neither of them are really capable of much guile. I said ‘MUCH’ , people. They can still be sneaky fellows sometimes, but it’s playful mischief. If a dog is around when a child is first brought home, they can form an incredible bond. How strong of a bond? Take a look at this video.. .

We see a baby, a fairly young one, sitting with large dog. The baby is kneeling and it is readily apparent that this little guy is fighting sleep. He weaves around, blinking slowly, but his body is wobbling around. The sands of Morpheus are going to be sprinkled over his head soon. It’s like he’s deciding which way he wants to fall. The dog licks his face once, but other than that, he’s content to watch what’s unfolding in front of his eyes.

Finally, the curtains of sleep close over this little tykes eyes and he pitches forward – right onto the dog’s body. This briefly startles the pooch, whose eyes widen for a second like ‘Wait. Wait. Not on me! Ahhh. Sigh. OK. I guess I’ll rest here too. Not like I was planning it, but – here we are. At least until this little guy’s mommy decides to move him. Nap time! ‘The baby may have done this before, since the dog doesn’t overreact.

This reminded me of when my son was a baby. He slept in the bed with us for a while. Our cat would join us in there as well and I woke up one night. My son had moved all the way across the bed and was fast asleep on the cat’s back. The cat was more than fine though, patiently letting his body be used for a pillow. I gave him a few extra treats that morning for his patience. I assume this dog got some extra treats too. 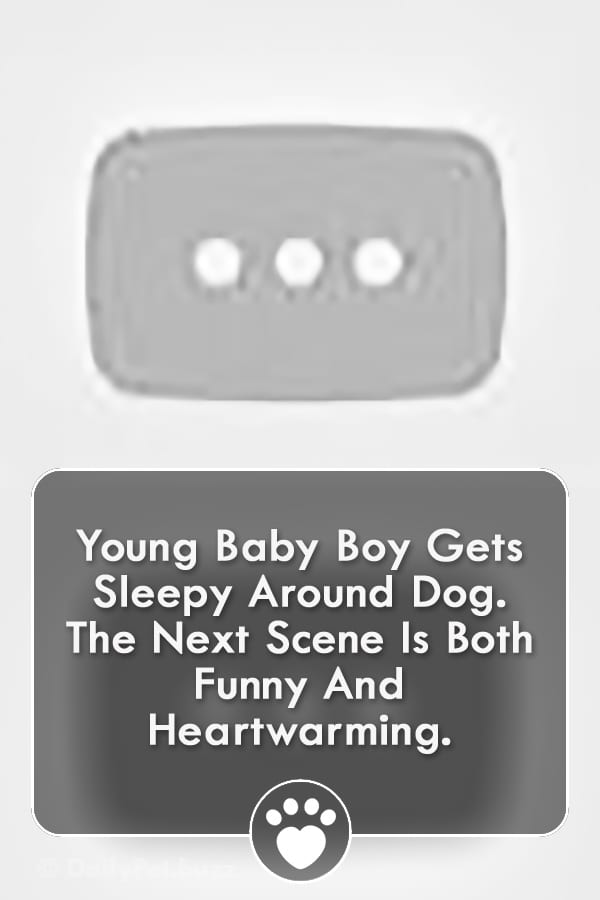