Summer is a fun season, but sometimes the heat can be pretty unbearable. To cool down, many of us opt for ice-cream as a sweet treat. This wonderful treat has been around for ages and only gets better. And as this video shows, this tasty dessert is not only preferred by humans, but dogs as well! This adorable pooch in the video loves himself some ice-cream scoops!

This cute dog is named Reggie. Every time the ice cream van pays a visit to his neighborhood, this three year old Staffordshire bull terrier can’t contain his excitement. When the video starts, he is already excited and we see the ice cream truck behind him.

He obediently waits for his owner to give him his consent. And as soon as he gets it, he goes up to the truck and starts wagging his tail in anticipation of the delicious treat. He even waits his turn while other people order first. The two little girls there obviously know Reggie because they don’t pay any attention to him and don’t think it is strange at all that he is waiting in line.

Then Reggie’s turn comes. Look at that tail wagging! He could hurt someone with that! The man in the truck gives him an ice cream cone and within seconds Reggie eats it. I wonder if he goes back for another one.

Watch this adorable video above! Did this pooch bring a smile to your face? Share what you think in the comments! 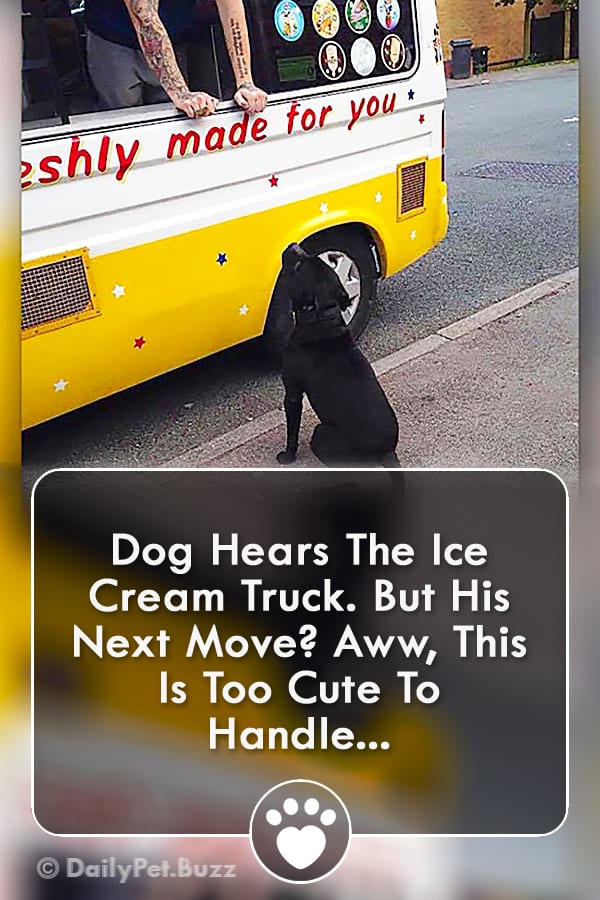