Today, we brought to you a very special animal rescue video that will warm your heart in an instant. It features probably the youngest doggy that has been rescued on video, at just one day old. A tiny and adorable puppy accidentally fell down a drain, and she was so deep down, people around did not have any idea what to do to save her. Thankfully, Nicole McCormick of the Arizona Humane Society came down to help out this poor puppy get out safely. Along with the Phoenix police department, they worked very hard for almost 10 hours in order to get her out.

A mother dog who had just given birth was reported to be seen in an abandoned house, and when the police arrived to help, the mama dog got so startled she accidentally pushed one of her babies down the pipe, which made her extremely distressed for the next 24 hours. And as if the situation wasn’t hard enough already, the pie was so long that the puppy’s barks echoed throughout all of it, making it very hard to pinpoint her exact location. But thanks to a local plumbing company, the pup was saved and reunited with his mother after a few hours of hard work.

It’s always incredible to see people coming together to help animals, right? Check the video out, above! 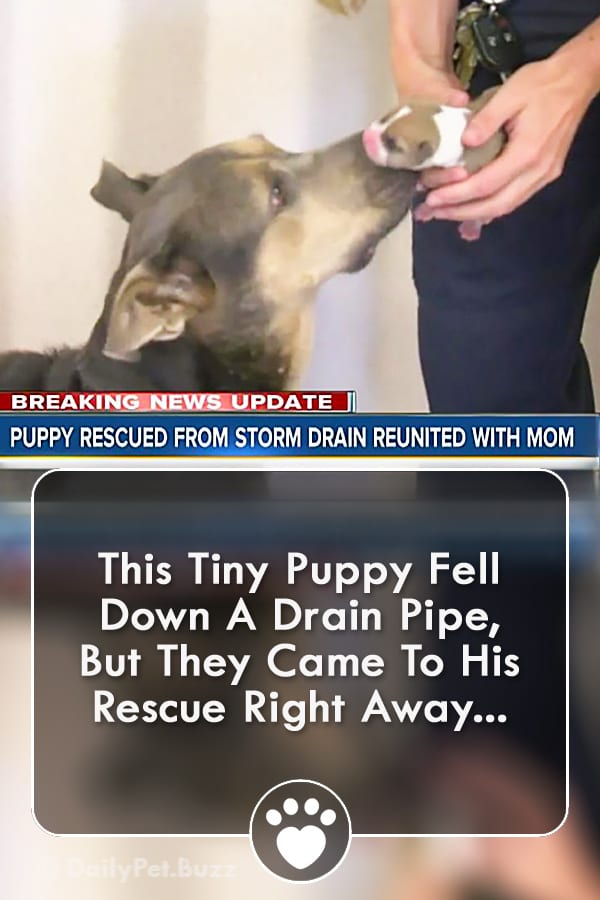