This is one of those incredible videos where you will find a combination of cuteness and intelligence. This French Bulldog, Brody Brixton, is only twelve weeks old and has been with this family for a mere four days. But what he has been able to achieve is remarkable.

Brody’s owner hopes he can become a therapy dog like his big sister, Misa Minnie, a Yorkshire terrier. It seems like Brody is well on his way towards that goal. You may have seen Misa Minnie in one of her many videos on YouTube where this tiny, energetic bundle does some amazing tricks. She’s very clever, and it looks like Brody might be following in her footsteps.

French Bulldogs are great companion dogs and have a stocky build and a short face to accompany their signature ‘bat’ ears. A French Bulldog won’t keep you up at night barking and they are eager to please, not to mention adorable. And Brody is proving they are easy to train, because he can obey an incredible array of commands already at just twelve weeks old.

He can already sit, shake, lie down, but there is one trick that really amazed me. Brody can ring a bell, not only with his paw, but also with his nose. His human is a fantastic trainer and she has two pretty amazing students to work with.

Check out the video above to see what he has achieved in a matter of few days. What did you think of his tricks? Sound off in the comments section or on Pinterest letting us know what you thought of this video. 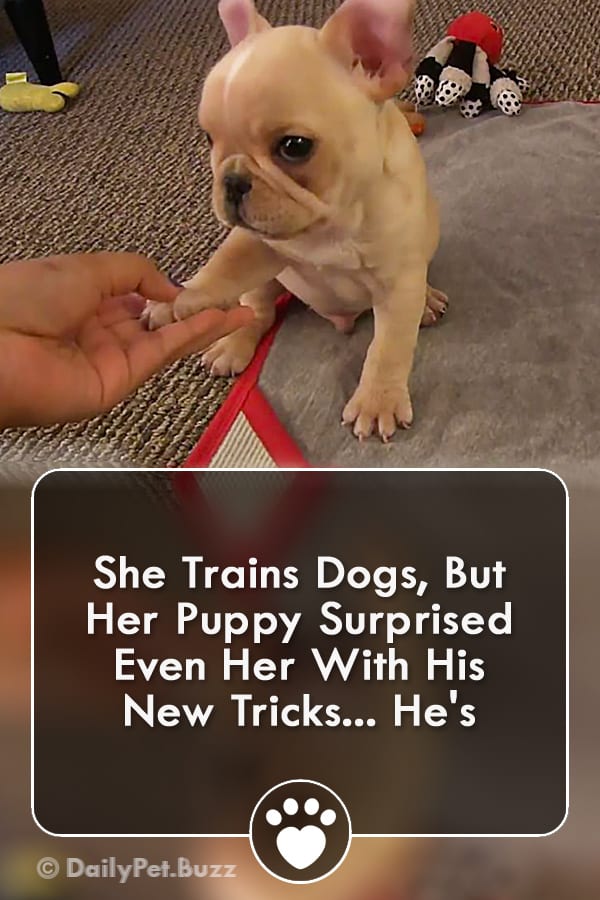