War is heck. There is nothing glamorous nor is there anything that should be glorified about war. The loss of life- friends, family, neighbors, strangers. War is indiscriminate in its thoughtless claiming of life. To serve with another creates a very tight bond. Like it or leave it, the people around you will watch your back as long as you do the same in return. To have this deep integration of mind and body is truly a bond that will withstand the test of time.

Army SGT. Jason Bos worked alongside Cici during his tour of duty. They became rather close during that time. Both had the others back no matter what. Whenever there was an instance where recon was necessary, Cici would bravely go ahead to scout for her fellow troops. Wow! That takes some kind of loyalty! Also, takes quite the fortitude and nerve to safely lead men through enemy territory. This dog is more qualified than I am. I don’t think the average American citizen has with their family pet at home.

Through thick and thin, Bos and Cici were side by side. Cici would do recon and sniff out bombs for her team to disable or explode through controlled demolition. The lengths this precious pooch went to are just awe-inspiring. My mouth is literally agape every time I re-watched that precious little angel reunite with her best friend in the whole wide world. 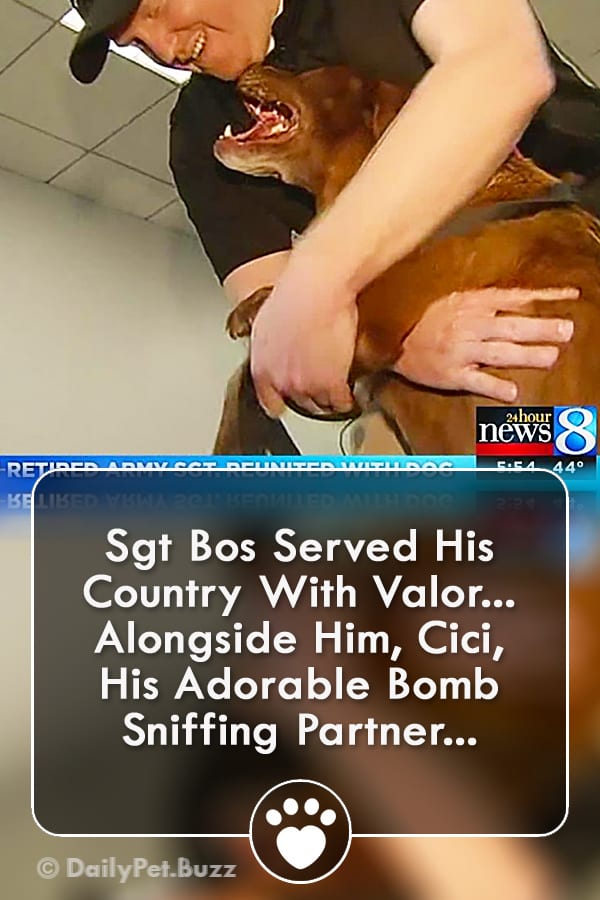