Twin humans are a miracle upon themselves. An egg splitting to become two separate people. I still can’t get over something like that. But then there’s something even more amazing ” twin horses. I mean, twin babies or more can be a lot for a human mommy, but two horses in a womb is really something else. There’s a reason that it’s rare. This video, taken at Ohio State University, shows what one pair of horse twins is like.

We see Dr. John Schlipf, who works at OSU, helping these two foals, Cappuccino and Mocha. Yeah, someone likes their coffee. They are twins, which is a very rare event, according to everyone that talks in the video. The two foals are very spirited, even with Mocha wearing splints to correct a leg deformity. He will be fine and their mommy clearly dotes on them when she sees them. They had to be given outside fluid since they didn’t have enough colostrum in utero.

Apparently, the chances of twins surviving together is very rare. Dr. Schlipf, a man who has been practicing as a vet for over 30 years, says that this is the second time in his long career that he’s seen this occur. It’s amazing seeing him carry Mocha around from place to place.That won’t last much longer as he gets healthy and also much larger. The casts for the deformity will come off and he will be able to walk normally.

I can’t imagine what it was like for the mother to carry these two foals. One baby horse is a lot, two of them must have been like roommates living in a studio apartment, always in each other’s space. Kudos to her for being able to deliver them and also to Dr. Schlipf and his staff for being able to keep them both alive.

This video made me want to jump in and pet the two of them. How about you? Have you seen twin horses? Tell us all about it in the comments! 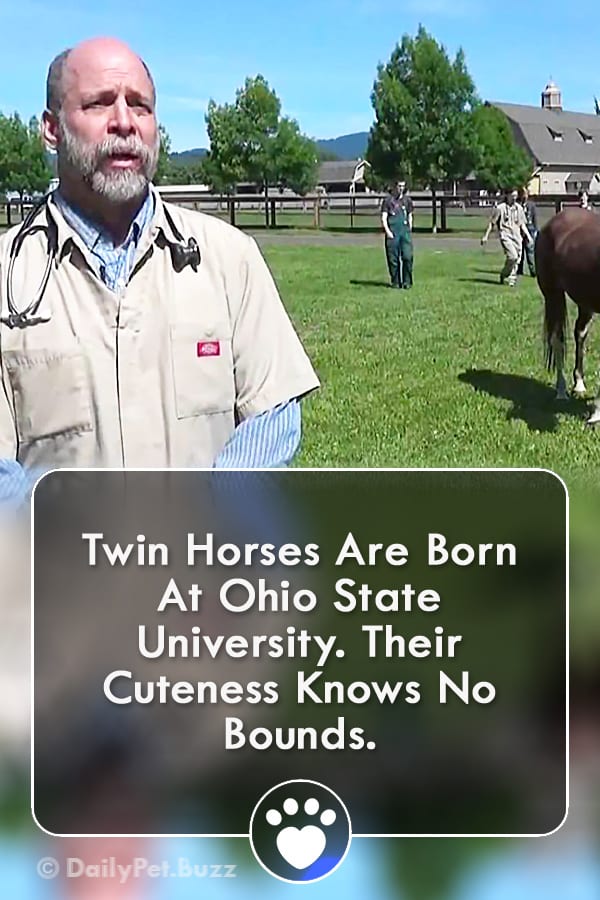