They say that around 4.5 adults and children are bitten by dogs each year. That’s the size of a medium city! They could literally fill a city with these people, where they would look at each other and ask, ‘WHAT WERE YOU THINKING, PETTING THAT DOG?’ It’s scary, since a vast majority of dogs are kind and love being pet. If people could look at these warning signs and leave those dogs alone, then the number of bitten people would drop drastically.

This video could be SO invaluable for both parents of children and also anyone who needs to learn when to pet a dog and when not to. It’s short but it gives you everything you need to know about the warning signs dogs give off when they are feeling nervous and cornered. Obviously, the best deterrent for any possible dog bites, especially with children, is for the parents to be around monitoring the child at all times.

That obviously can’t be the case 100% of the time. This video, which was illustrated by the late Dr. Sophia Yin, shows a dog in a room by himself. It may be at a party, which is why he’s in this room. Suddenly a young boy, slightly older than a toddler slams open the door. He’s unattended. This is already setting up for disaster and we’re not even five seconds into the video. What signs is the dog going to give off?

The first thing he or she will do is take a step back. That’s already a cue for someone to back off. The dog will then flatten their ears and tuck their tails. The boy ignores these signs and advances, intent on petting the dog. In short order, the dog turns his head to the side, like ‘I need space.’ He also licks his lips nervously and stiffens his body. All of this screams out ‘sTAY AWAY!’ Still, the boy obliviously advances and extends his hand. This sets off the dog and he charges to bite. The video ends.

If everyone watched this video, things would be much better, don’t you think? Let us know your thoughts in the comments. Also, it would be great if you ‘Like’ us on Pinterest. 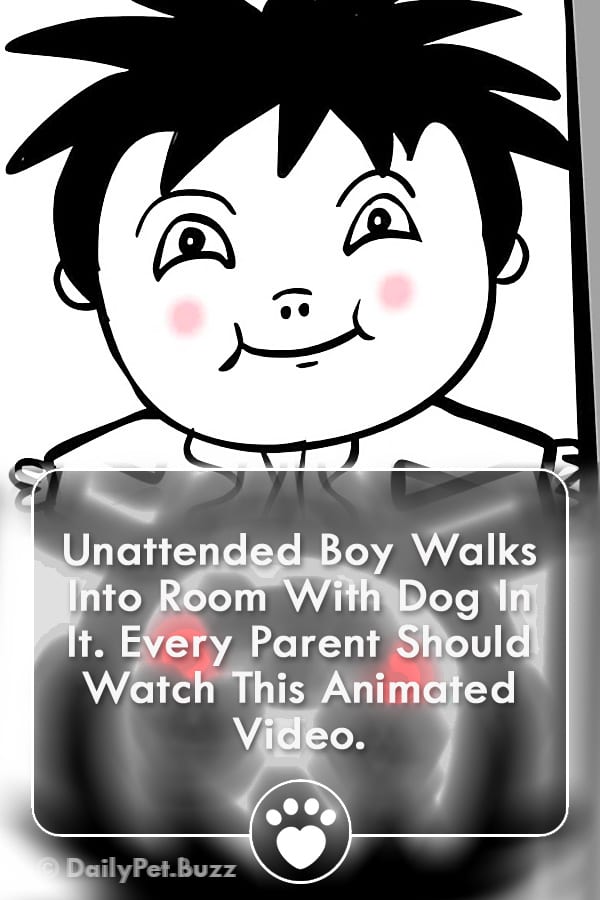