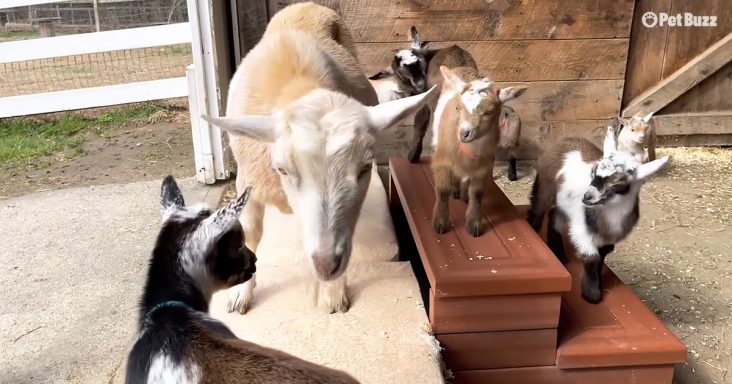 A mama goat named Cinnamon wants to be a pet, but it’s hard when there are many baby goats around her. The barn is filled to the brim with kids, and it is playtime.

Cinnamon has to share the spotlight with them, and she is heavily outnumbered. She likes to be loved and receive attention, but she now has to share it with others.

The baby goats are running around playing and climbing whatever they can jump on. They’re bleating is joyful and curious. Cinnamon stands tall amongst them as she is the only adult there.

She is envious of them as they run circles around her. The baby goats seem to have an endless well of energy as they run back and forth from opposite sides of the barn.

It is a beautiful and clear day which is perfect for the babies chasing each other. Many of them ram their heads together when they play, and some even play with Cinnamon.

None of them is a match for her, but she is gentle with them. Cinnamon has excellent motherly instincts, and she does her best to be patient with all the kids running around.

She has the loudest voice, but she is drowned out by the bleating of the various babies. Cinnamon then feeds one of her kids a few steps away from the barn. 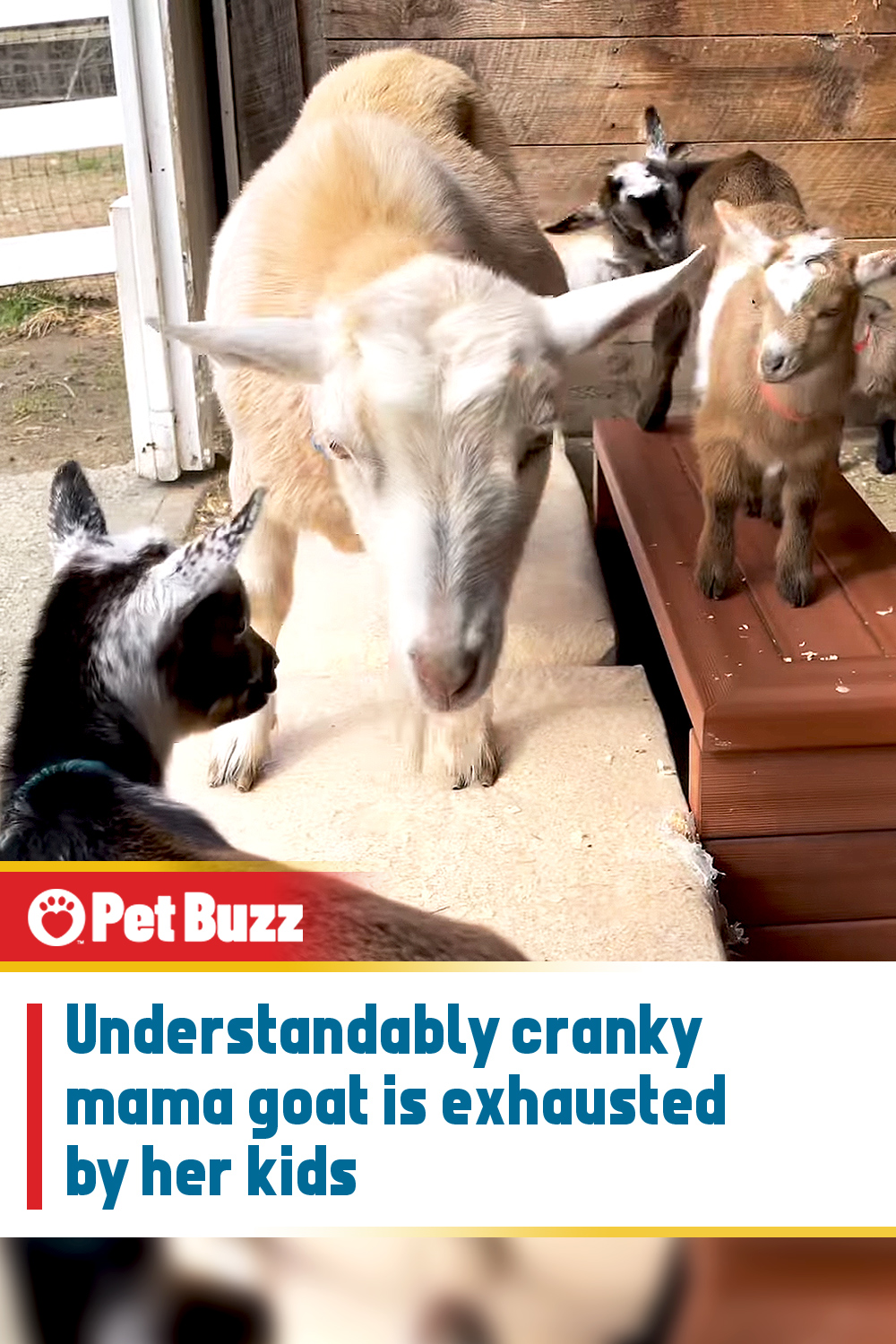