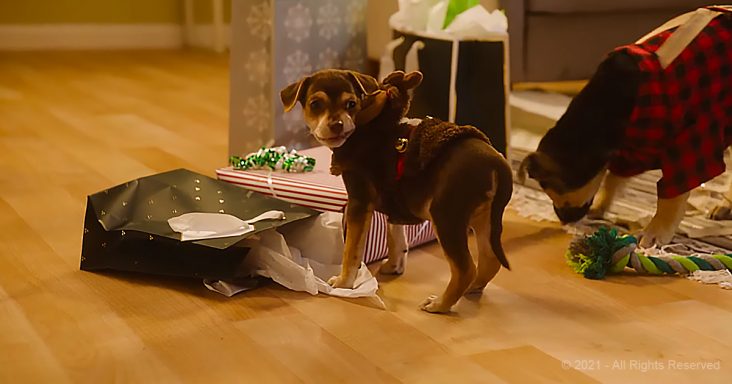 There is nothing cuter than watching a bunch of puppies open gifts. You can see the happiness on their faces as they celebrate the holidays.

In a beautifully decorated house, several puppies gather in anticipation of a gift exchange. Right before they decide to start the white elephant party, a bunch of puppies just start tearing into gifts. With exchange order no longer a concern, all of the other puppies did the same.

Using only teeth and paws, the puppies did an admirable job not making a mess. It’s clear they practiced on decoy gifts before the big party.

Some of the small puppies went for gifts that were twice their size. They climbed inside the box and came out with incredible treasure. Once all of the gifts were unwrapped, the real fun started.

They played for hours and even found some hidden gifts that no one at the party claimed. With all of their energy spent, the pups decided it was time for a holiday nap.

The most fun thing about the video is the little clothes. Every pup has its own unique style for the party. But it was good fun all around, and there is no reason they can’t do the same thing next year. 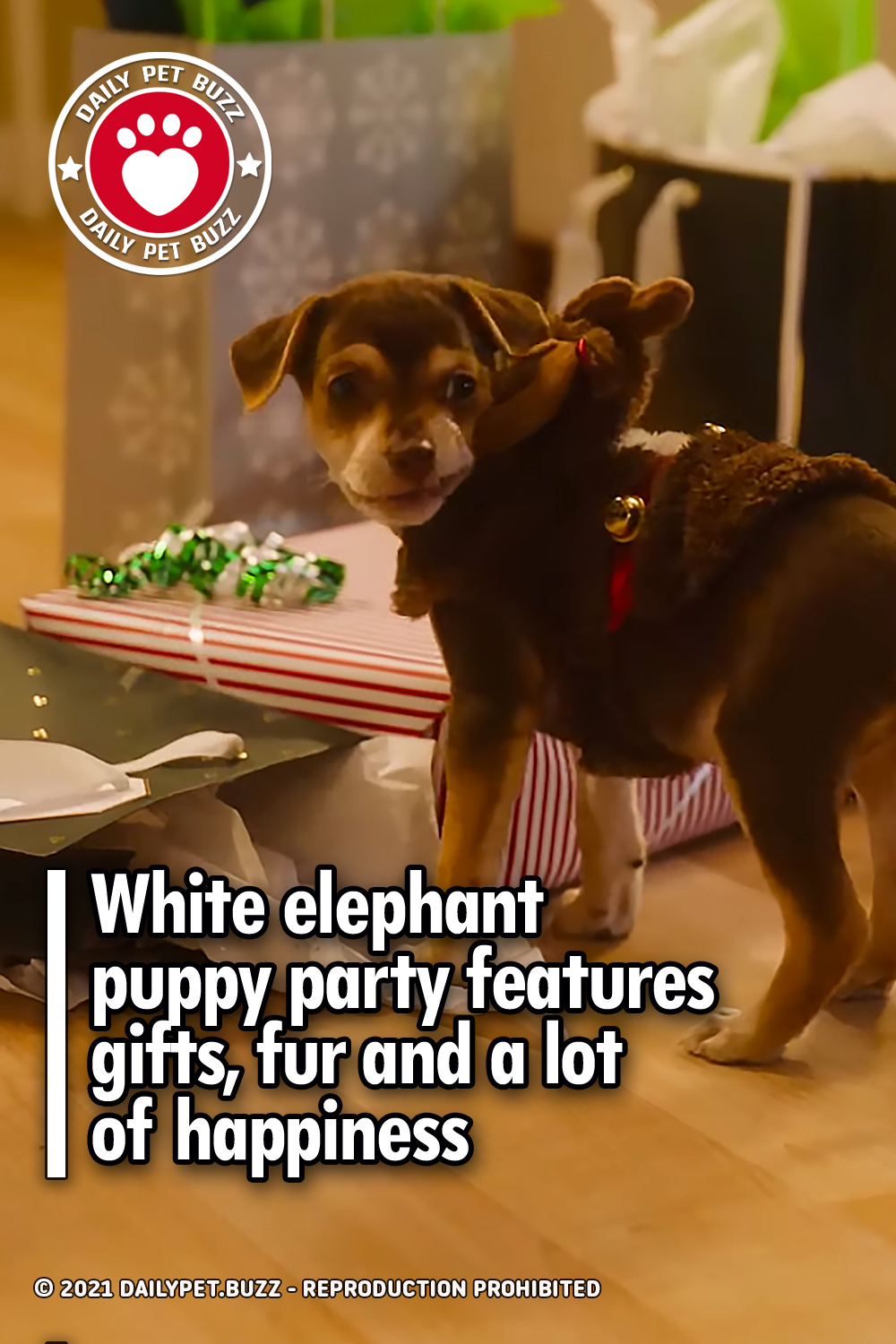