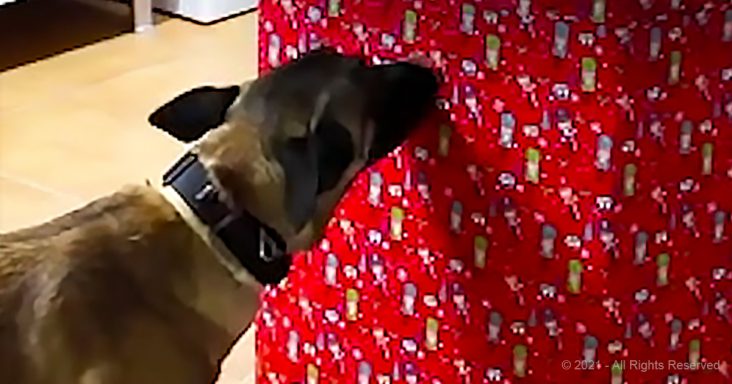 The Christmas spirit is alive and well in this household. A giant gift is inspected by two curious dogs that have different reactions to the contents.

It’s never too early to give a present to the people you love. After spending a long time away from his dogs, a man wanted to surprise them with a gift – himself. He created a gift box and hid in it to see if they would suspect anything.

The small white chihuahua looks at the box and knows something is weird. One sniff, and he hightails it to the other side of the room.

But the German Shephard became more curious. He sized up the present, sniffed, and eventually knocked it over after figuring out the mystery. His excitement couldn’t be contained as he joined his favorite person in the box.

The white chihuahua had a similar reaction after the present was revealed, and couldn’t wait to get kisses and cuddles. Everyone in the room was happy to be together again after a long time apart.

You don’t have to wait until Christmas to give the people you love a special gift. This moment had a nice twist, and was a true surprise for both dogs. The next time they see a big present sitting in the kitchen, they might instinctually pounce on it before sniffing. 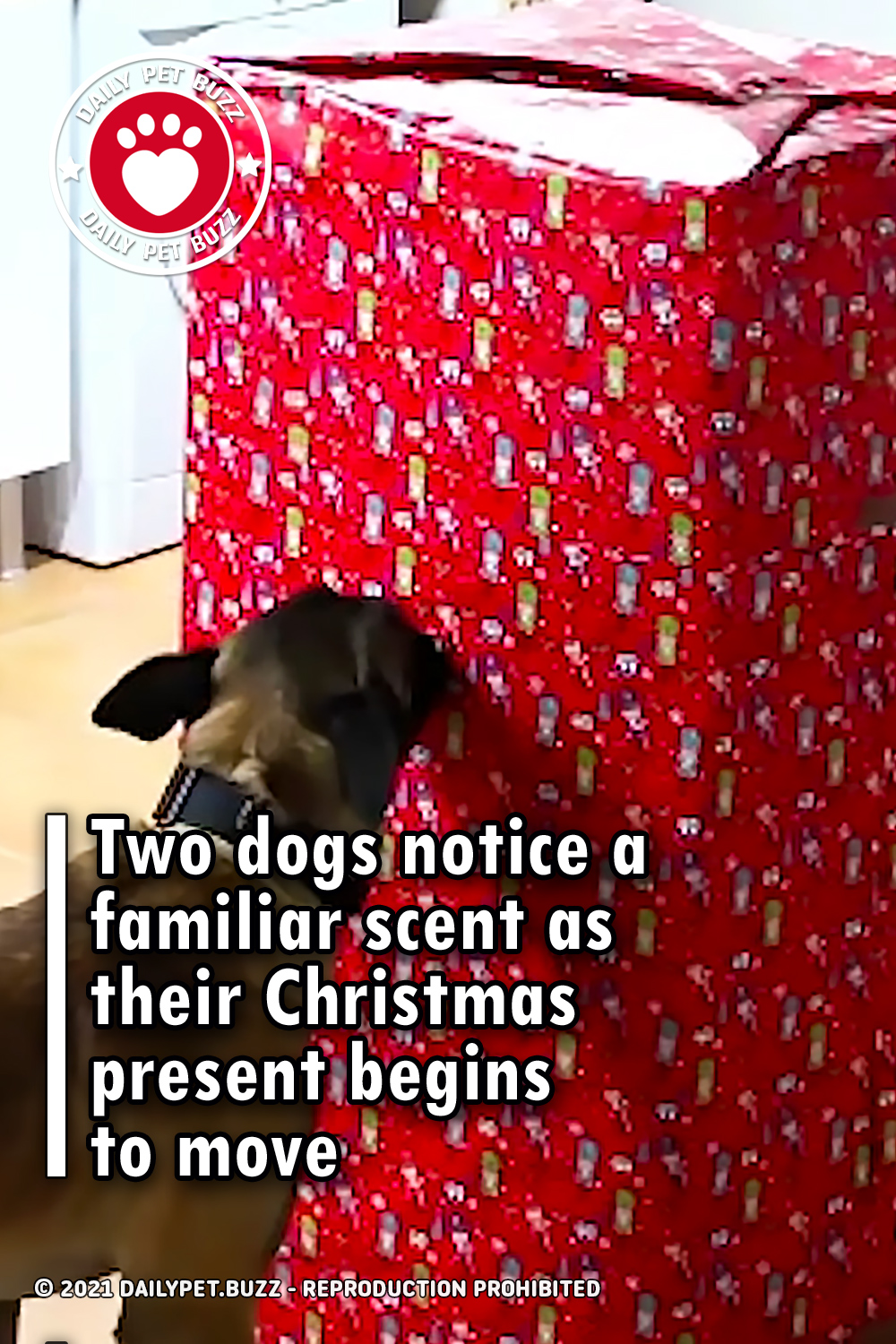