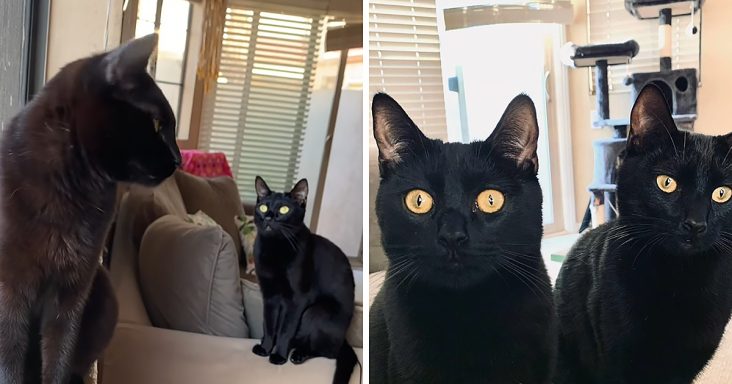 Brenda was always a dog person growing up, so she never expected to find herself living in a home with two cats. She found herself in a situation where she couldn’t have a dog, but she still wanted to have a pet.

Her plan was to adopt one cat, and she called San Diego’s East County Animal Rescue. Brenda informed them that she wanted a rejected cat, likely to not be adopted.

They called her back and said that they knew she wanted one cat, but they asked her if she could take in a pair of black cats who were bonded to each other. Apparently, black cats were usually the last to be adopted.

The cats captured Brenda’s heart, and she took them home. Their names were Bart and Milhouse. On the first day, Bart jumped on her lap, and he’s been like that ever since.

They look similar in appearance, but their personalities are very different once you get to know them. Bart is spunky and curious, while Milhouse is more sweet and affectionate.

Bart has a strange quirk of chomping the air, Milhouse likes to look into people’s eyes, and Brenda feels like he is staring into her soul. When Bart talks, it sounds like he is saying, “Mama.”

Brenda doesn’t keep them apart, and she probably couldn’t even if she tried. She was a dog person, but now she can’t imagine her life without cats. Brenda said, “They adopted me as much as I adopted them.” 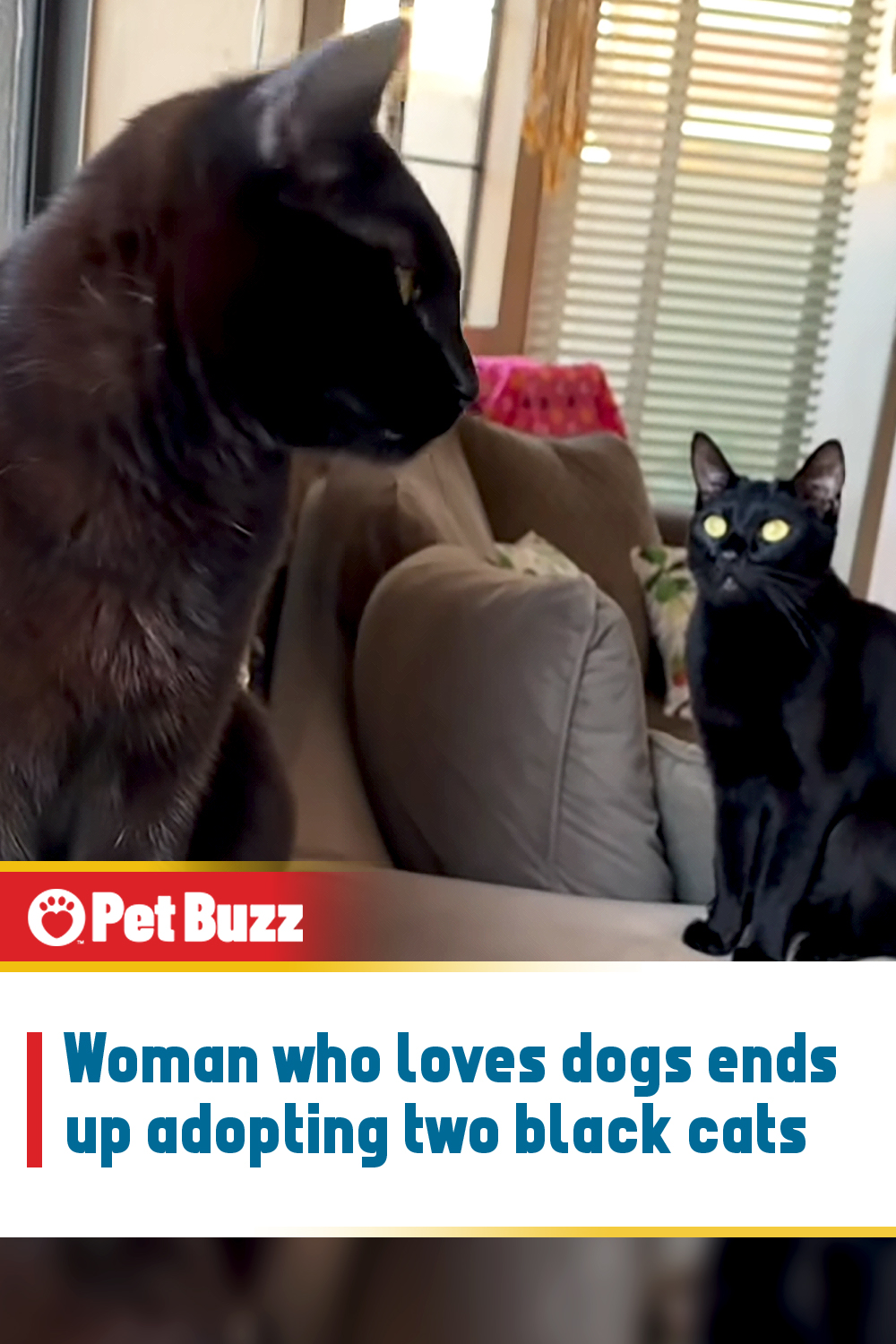