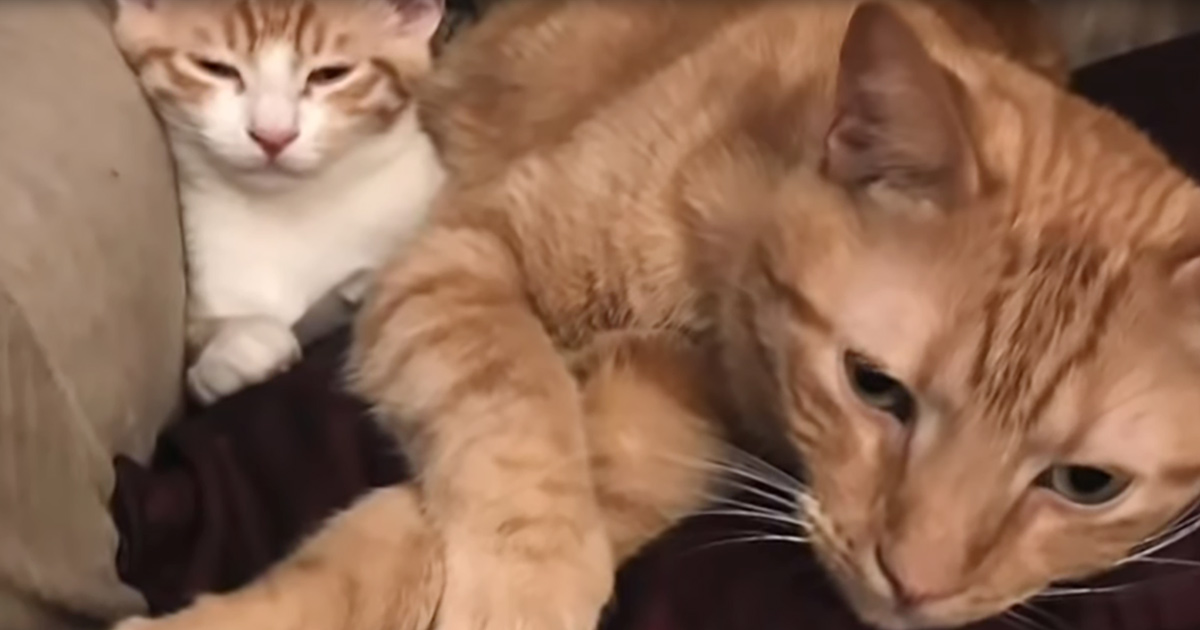 Justin LaRose and his shop cat Grizzly were working one day when Grizzly spotted a lone ginger-and-white kitten outside the shop. When the kitten noticed Grizzly staring at him, he made a beeline for the cat and rubbed his body all over the screen between them in feline greeting.

Justin was concerned about the small kitty because the area was in the throes of an extreme heatwave and he noticed the little guy was covered in dried paint. The baby cried and Justin knew he had to help. He could feel the kitten’s bones when he held him and observed how dirty he was.

Taking the little guy, later named Cru, to the veterinarian, he found out that the kitty was dehydrated, but besides needing to be cleaned and cooled down, he wasn’t too unhealthy. Justin took the homeless boy home with the intention of fostering him until he and his family could find him a happy home. After all, he and his wife already had a dog and four cats living there.

Cru got along well with the other animals in the household, but cat Ollie especially took a shine to him, taking on a mentoring role for the newbie and teaching him cat behavior. Because the kitten melded so well with the other animals and especially with Ollie, Justin decided he couldn’t bear to separate them. Cru became a member of the family and remains there, with his new siblings – for good. 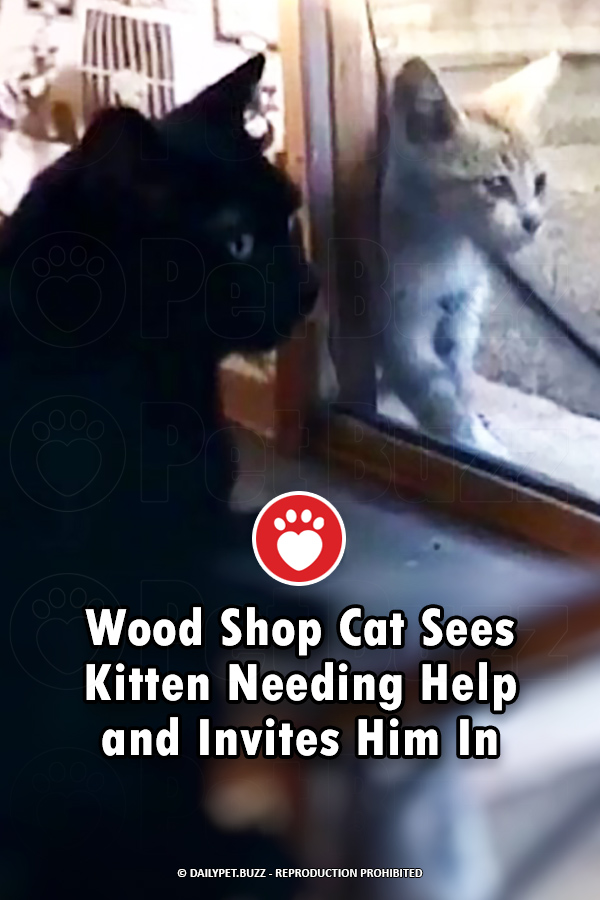