Dogs are such innocent and loyal animals, often totally devoted to their loving owners. Their love towards their owner is something similar to the love of a child for his or her mother. Because of this devotion, sometimes dogs tend to wait for their owners for a very long time, even if their owner is already dead. We don’t really know if dogs understand death like we do, but we do know they understand loss and mourn like we do.

This adorable dog named Woody had nowhere else to go when his owner died and other family members sold the house. He kept on living near his former house under a shed, hoping for his owner’s return. But unfortunately no one came for his rescue, until the team from Hope For Paws, an animal rescue organization, got the information about his situation. Hope For Paws rescues stray and abandoned dogs every day, hundreds, maybe thousands in a year. They do such good work and you will see the result of their kindness towards these dogs in this next clip.

The neighbors felt sad for Woody so they left food and water for him now and then. They hoped that someone would come for him. But as the days passed and became a year, they couldn’t see him in such a bad condition and finally called Hope For Paws for his rescue.

Let us know what you think about this video in the comments. We’d love to hear from you! Please share this clip on Pinterest so that others can see the good work that Hope For Paws does. 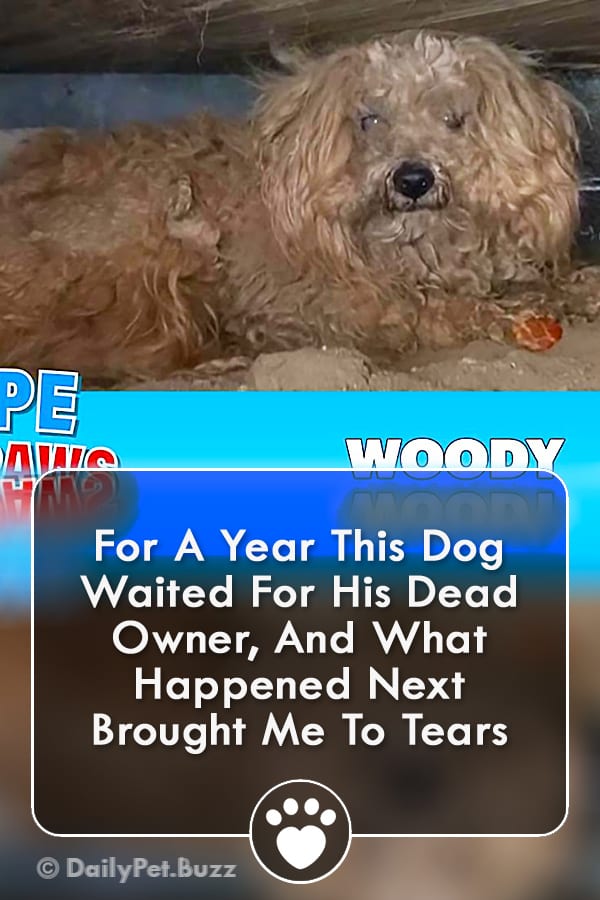