There are fewer things are cuter than newborn puppies. One of those is when you show sleeping newborn puppies. Oh. Wow. Yes, these videos should be regulated as a narcotic. I watched this five times in a row and STILL craved more. How would they do this though? ‘OK. You can watch this five times in a row – now here it comes – A CLOSE-UP OF A SNARLING, FOAMING CUJO! OK, you can get up off the floor now.’

This video is simple ” it’s nearly 45 seconds of a sleeping bulldog puppy that was born 12 days ago. It’s on its back and its clearly dreaming. It snorts, whimpers, kicks its legs in the air and sighs. I’m not going to lie ” someone could change this to 45 hours of this same puppy sleeping and I would not bat an eye. It’s much better than those 10 hour videos of things like Justin Bieber’s character being shot on a TV show.

Why do we love it so much? It shows the ultimate in innocence and vulnerability. This puppy just came into the world less than two weeks ago, and we see it laying on its exposed, vulnerable belly. We want to climb into that video and cuddle with it, don’t we? I know that I did. Aww. Sweet puppy. He’s probably barely bigger than a loaf of bread. Whoever got to take care of him is a lucky puppy.

To tell you the truth, if someone wanted to take Animal Planet’s ‘Too Cute’ show and just make it a 24-hour channel, I would be one of the first subscribers. No, actually, I would want t run it myself. Too much to trust other people to run it correctly. This would be the first video on it, much like The Buggles’ ‘Video Killed The Radio Star’ was the first on MTV. I’d play this one over and over on it and – AHHH! CUJO!

What did you think? Did you love it as much as I did? Tell us in the comments below! 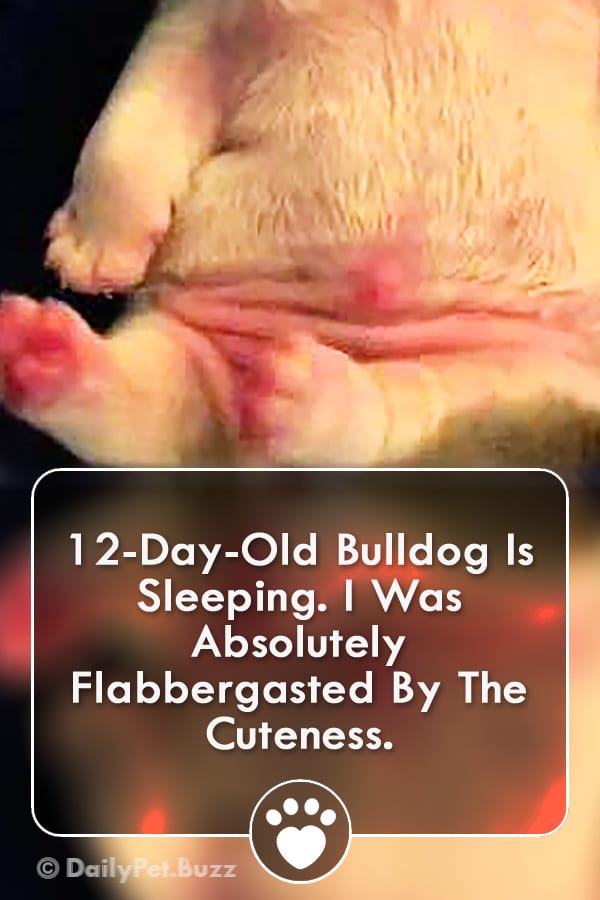