Lt. Dan is a two-month-old pit bull puppy and overall delicious slice of pupperoni. He was born with a condition called Hindlimb Paraparesis, which only allows him the smallest amount of control over his hind legs. He is currently receiving care from Bialy’s Wellness Foundation, which is a foundation specifically dedicated to helping dogs with special needs.

Lt. Dan has a bit of testing and possible surgery in his future, which gives his rescuers hope that someday he will have more control over his hind legs. However, his current condition hasn’t stopped him from being as energetic and happy as any pup could be! He has playmates with just as much energy as him, and he keeps up with them without a problem. I’m sure this spunky little guy doesn’t want to be left behind and his best friends makes sure that he isn’t.

Perhaps because Lt. Dan has never known any other way of life, he doesn’t let his condition stop him from doing what he wants and getting around. He has a loving home that provides support and a playmate who also doesn’t let Lt. Dan get sad about his condition.

Let us know what you think about this video in the comments. We’d love to hear from you! There are many short posts from Lt. Dan’s owner on YouTube so you can see how he’s doing as he gets older. If you like watching the spunky pup, please share this clip on Pinterest and let’s get Lt. Dan some more fans. 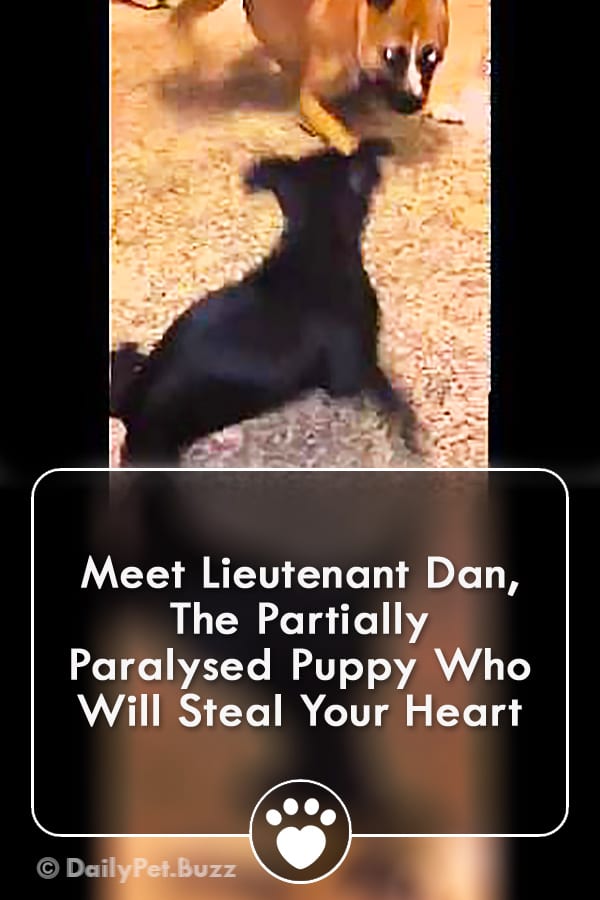