While trying to cross a New York City expressway, a Labrador Retriever was struck by oncoming traffic and was left injured in the middle of the street.

Moments later her puppy comes to her rescue and firmly stands between his mother doing everything he can, including barking at oncoming traffic.

Before going any further, we want to point out that both dogs are alive and well after this intense incident.

In a heroic demonstration of love, one puppy stood up to oncoming traffic and police officers in an effort to protect his mother from a potentially deadly fate.

After a bystander saw the injured Labrador retriever on the highway and the puppy protecting it, they called in officials to help save their lives.

When the police arrived on the scene, they were greeted by the Lab’s puppy who is mixed with German shepherd. And that puppy didn’t want to let anyone near his mommy. Not even the rescuers trying to help her survive.

The mother was down with a broken front leg. Eventually, the German Shepherd puppy let up and allowed the rescuers to help his mother.

It’s amazing to see an animal have such brazen dedication to another animal. This type of behavior is what makes us love dogs so much and why they’re known as man’s best friend. 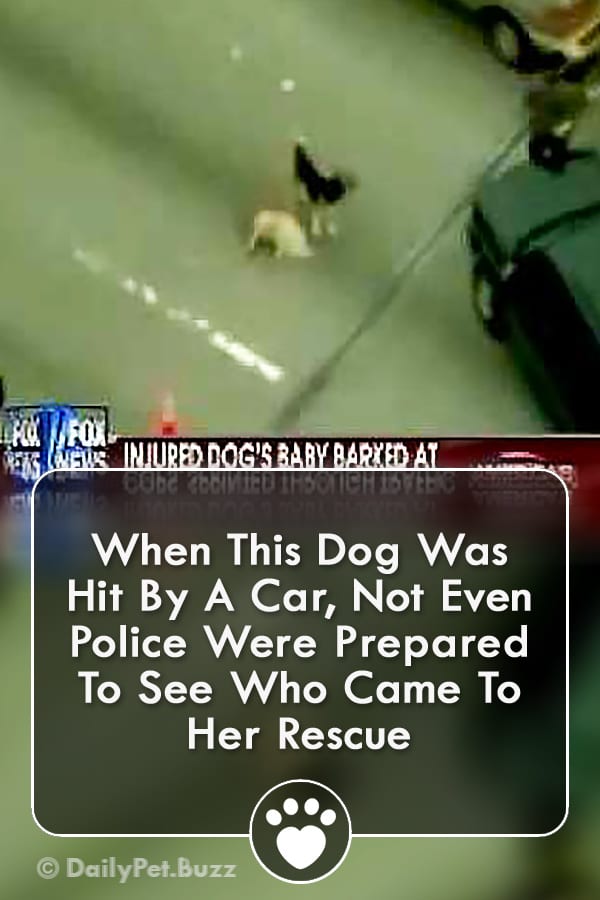