We all know that ‘synchronized swimming’ the Olympic sport that is not only graceful, bit is defiantly the domain of women, is a wonderful spectacle to view, but did you know that it was invented by someone who you would least expect.

It is thought that one of America’s founding fathers, ‘Benjamin Franklin’ was responsible for starting this eye pleasing sport. Franklin grew up in Boston, and spent a lot of his youth swimming in the ‘Atlantic Ocean’ experimenting with different exercise maneuvers. On a visit to England in 1724, he performed what he called ‘Ornamental Swimming’ for a crowd in the Thames River.

Modern historian doesn’t credit him for the invention of this sport, they say that it was first introduced at the turn of the 20th century, and was known as water ballet, but I think that the Benjamin Franklin version of its history is much more interesting.

As I said before, ‘synchronized swimming’ is predominantly a sport for women, but that didn’t stop the gentlemen in the video above from giving a performance of this specialize sport to the eager crowd watching on. Geared up in their Red-White-and-Blue costumes, and proudly displaying the USA flag the 6 not-so-young athletes set about their routine like the professionals that they are not.

With their swimming caps and goggles in place and their confidence and talent on show for all to see these masters of this graceful, yet highly competitive sport take their places on the podium. The crowd waits with baited breath as the music starts, and our highly trained team prepare themselves to enter the pool.

Marching to the time of the music playing, they headed to the makeshift pool as if they were one. There first maneuver has the crowd in awe straight away – – – .or was it in fits of laughter – – I’m not sure, you will have to decide for yourself when you watch the video. The skill and grace shown by this elite team of aquatic superstars was something to be seen.

We all know that the secret to a good ‘synchronized swimming’ sequence is timing. The second most important thing is great breath control for the lengthy periods spent underwater. It seemed that our heroes had both of these things in total control as they amazed everybody with the highly technical choreography required for such a specialized sport.

With the routine coming to an end they have one more surprise for the unsuspecting crowd of fans, the crescendo is reached with an awesome display of strength as they form a human tower coming out of the water. Everyone in the crowd is on their feet with a standing ovation that is well deserved and whole heartily excepted by this band of brothers – – – – – – hang on – – – sorry, it wasn’t a standing ovation after all – – – at was simply the audience rolling around the floor in fits of laughter. 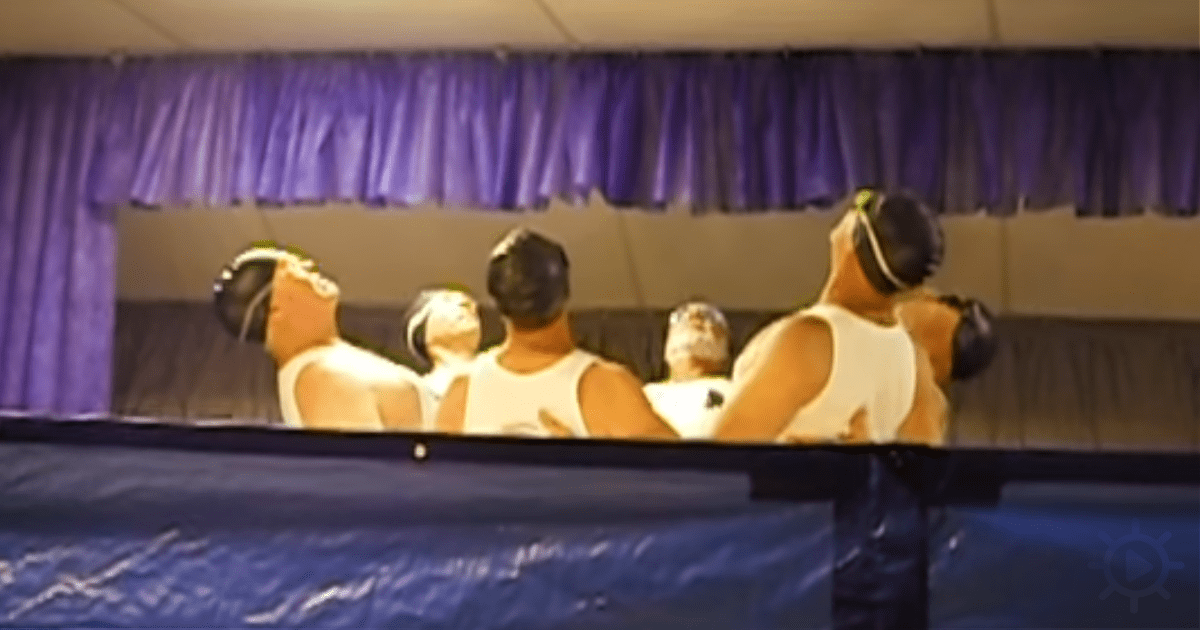 Click on the link below and enjoy this hysterical take on such a glamorous sport. 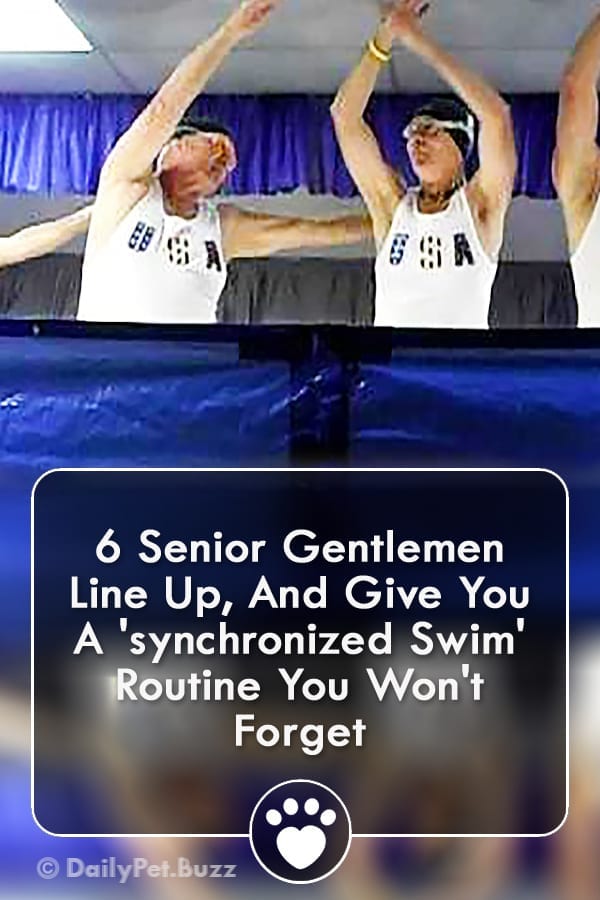