If you’ve ever taken a flight somewhere and put your luggage in checked baggage, you’ve probably seen evidence of less-than-gentle handling. What about the remains of fallen soldiers?

Atlanta’s Hartsfield-Jackson International Airport is the world’s busiest, handling over 100 million passengers and nearly a million flights every year. It’s long been the main hub of Delta Airlines, with over 1,000 flights a day. Delta’s employees have no shortage of things to do, but there’s a group of them who from time to time will drop everything and report for a special, solemn duty.

They’re the Delta Honor Guard. When a plane arrives with the remains of a fallen soldier, the employees who’ve volunteered for this duty are there to make sure that the caskets are treated with dignity, not like ordinary baggage. Many members of the Honor Guard are themselves veterans of the armed forces. The group’s leader, longtime Delta employee Brian McConnell was himself never in the military, but his father and uncles were and his son is currently in the Air Force. “It’s a sobering experience to stand in tribute while customers on board the airplane and in the terminal, as well as the family and escort look on, but it’s our way of serving our country and ensuring our heroes are well cared for on their journey home.”

The Honor Guard has transported the remains of soldiers from current and past conflicts, going all the way back to the Second World War. In the video posted below, you’ll see the somber and dignified ceremony. The first casket contained the remains of a serviceman located more than 60 years after he was listed as missing-in-action during the Korean War. The second, smaller casket housed bone fragments that had recently been identified and were now on their way to the soldier’s final resting place. 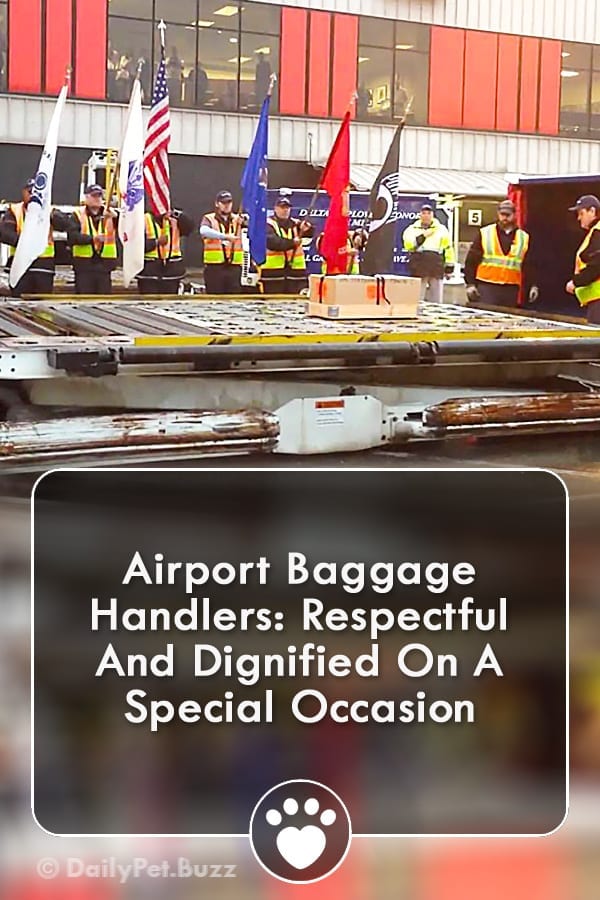