Diamonds are said to be a girl’s best friend. But this woman featured in the video and her dog beg to differ. Griffin is a Golden Retriever cross who will do anything in his power for his disabled owner and best friend, Clare Syversten. He helps her get dressed, he loads the washing machine, and he even flushes the toilet!

Twenty-six-year old Clare is from Northolt, Middlesex, England. She suffers from a degenerative bone condition called Ehlers Danlos Syndrome. This condition could cause her joints to dislocate at even the slightest of movements. But thanks to her reliable companion, Clare has been introduced to a whole new, and easier, life. Clare met Griffin via the charity Canine Partners, who matches assistance dogs with disabled owners. This duo has been inseparable for nearly two years now!

It’s clear these two were meant for each other. While out and about running errands, Griffin presses the buttons at road crossings, put’s Clare’s fruits and vegetables into separate bags, which amazes me more than anything else this superdog can do, and he grabs items on lower shelves that Clare can’t reach because of her condition.

This amazing dog can even hand the cashier Clare’s purse when it is time to pay. What an amazing and clever dog! When he gets his treats from Clare, he has certainly earned them. At one point in the video, when Clare is being interviewed, the show a shot of the dog taking a nap. I think he’s earned it.

Watch this beautiful friendship in the video above and let us know your thoughts about it in the comments. 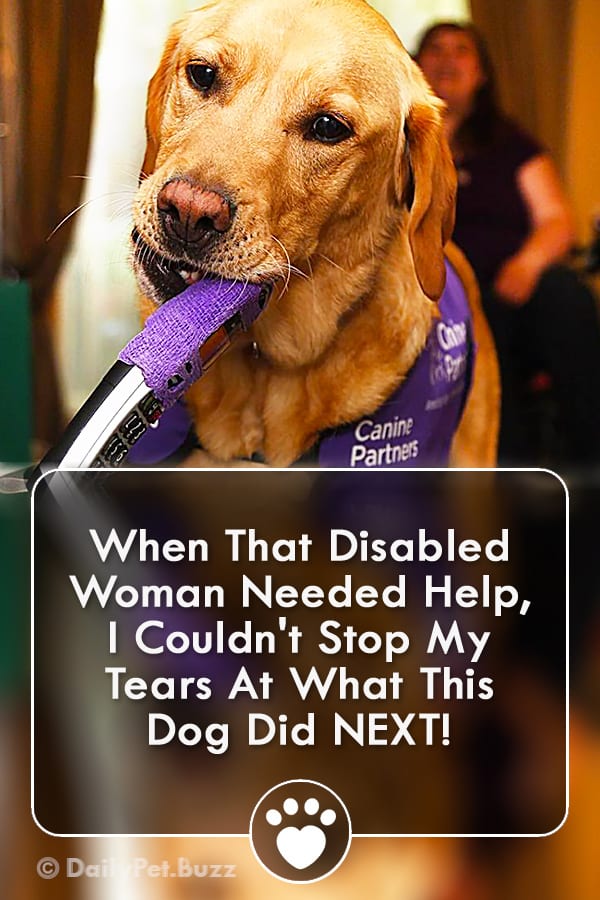