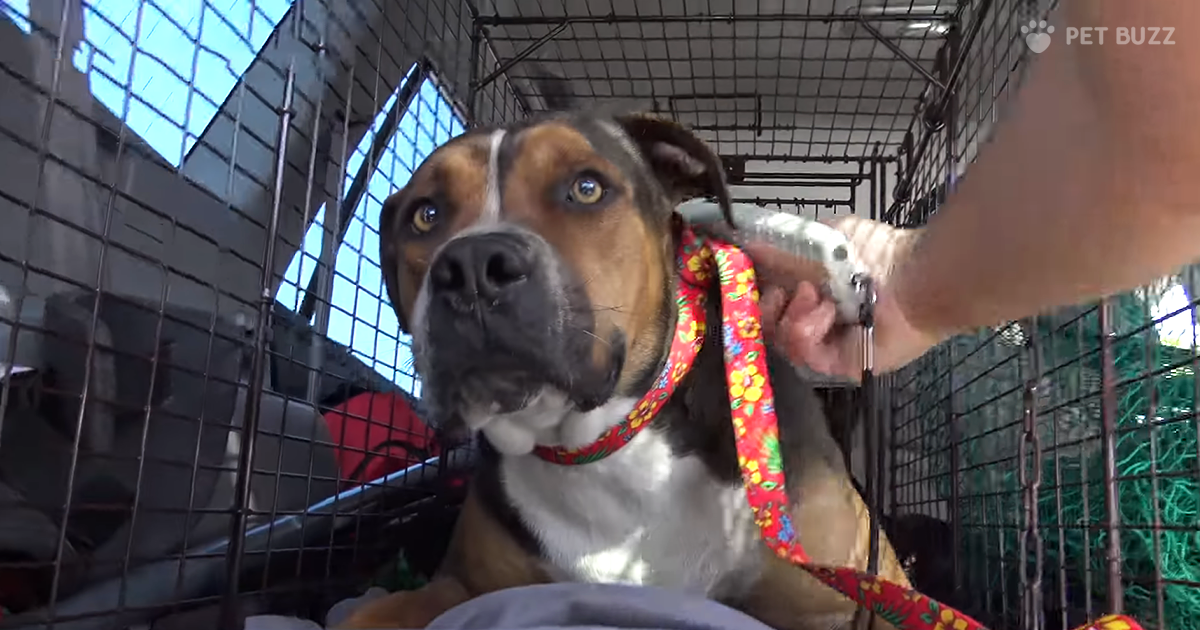 Out of all the dog rescue videos I have seen, this must be one of the most shocking. This is one of those stories of neglect. We don’t really know where the owner of this dog is. There have been efforts to locate him, which have produced very little. This is also one of the cases where the dog is so traumatized that he seems to have lost his mind.

Dogs usually respond to mental trauma in different ways. Some of them turn very aggressive toward strangers. In these cases, they don’t allow anyone to get near them or touch them. If someone tries to do so, they’ll start growling and will attack without notice. When they are finally rescued, it takes a very special group of people to rehabilitate the dog.

This rehab goes through several stages. The first one is getting the dog comfortable with the staff at the rescue center. Then, they move up to being comfortable around other dogs and other people.

Other dogs react with a lot of fear. They might let you get close, but you won’t be able to take them. They display behaviors like keeping their heads down, pressing their body to the ground or crying. Whenever rescuers go to pick up one of these dogs, they take a longer time to do so. The abuse that these dogs have gone through has left very deep mental scars. They don’t get this overnight. It normally takes several years of abuse with a person they trusted. Getting to trust someone else will not happen in five minutes.

The usual way of approaching these dogs is slow. The rescuers need to talk to him or her in a very soft way. Sometimes rescuers will use food to try to gain the dogs’ trust. If the dog starts eating, then we’re on the right track. The dog in the next video is also very traumatized.

Hope For Paws in California is called to rescue him. When they get to the site, they notice it was a construction site. Everything looked deserted. The dog is in the middle of the yard and doesn’t move when he’s approached.

This is a pitbull named Odin. His behavior tells the rescuers that he’s not aggressive, only scared. They start approaching him very slowly and cautiously. They go for the usual food approach, but something seems different in this case. The dog is not going for the bait. The more the rescuers try to get him to eat, the less he seems to be interested in eating the food. One of the rescuers thinks of an idea.

They should get a leash and try to pull the dog. After a few tries, they manage to get him on a leash. When they try pulling, the dog immediately presses his body to the ground. No one really knows what to do until Eldad Hagar, the founder of Hope For Paws, steps in. Find out how the rest of this fantastic rescue goes by watching the video we have posted below. 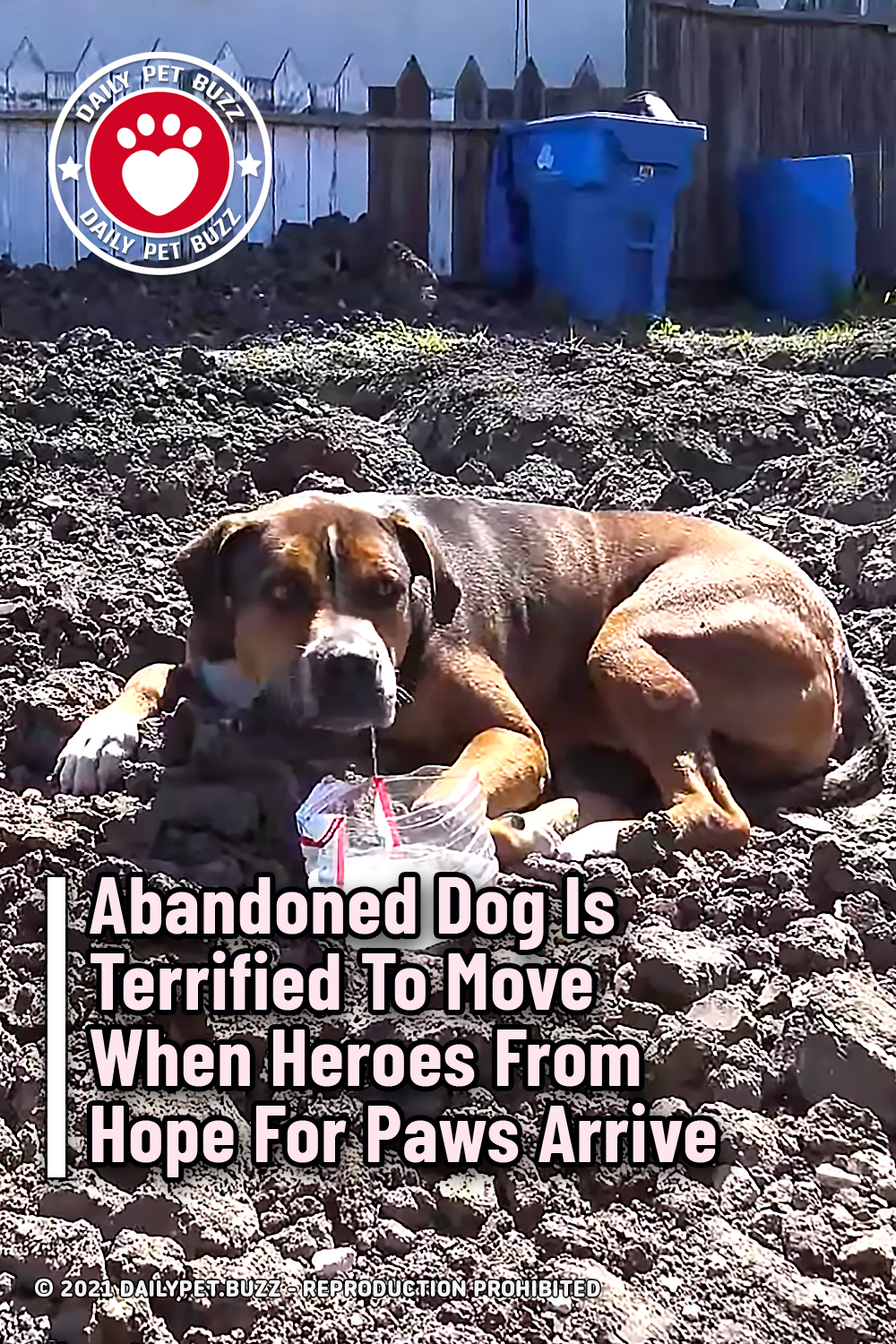