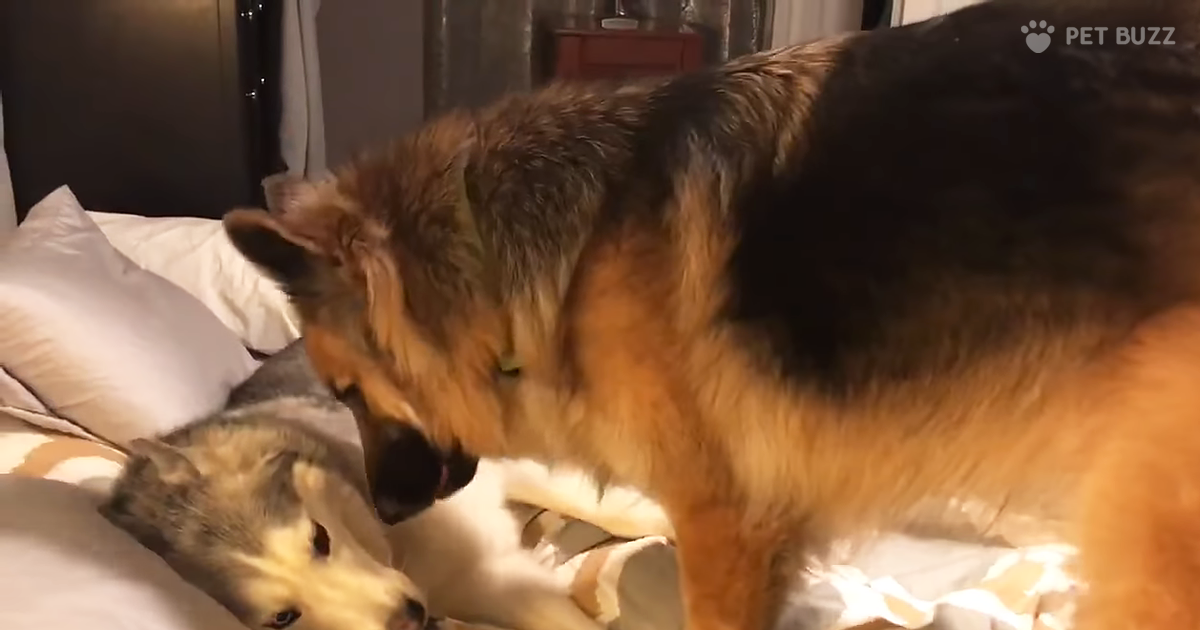 We all have those days when we want to just plop into a bed and stay there for the remainder of the day. It may be gorgeous outside, with perfect temperatures, but our bodies are just calling out for rest and relaxation. That’s great – if you live by yourself. If you live with others, though, it’s not so simple. They may demand your attention – and ignore your repeated demands to leave you alone.

There are two dogs on a bed – Zeus, a Husky, and Kaden, a German Shepherd. All Zeus wants to do is sleep. He may have been up too late watching Animal Planet the night before. Kaden, though, wants to play. He’s doing the doggie equivalent of saying, ‘C’mon – get up! Get up! Let’s play! It’s a beautiful day! Daddy wants to play that fun game where he throws a stick!’ He keeps nipping at Zeus and his neck, while the Husky just play-bites back while reclining.

Finally, Kaden seems to give up. He plops down and licks Zeus once on the face before looking like he’s going to turn in himself. Of course, this turned out the way it did. The patriarch of the Greek Gods gets to sleep when he wants! It just took Kaden a little while longer than usual to figure this out. At least Zeus didn’t have his thunderbolts to smite Kaden for his insolence. He must have left them in his doggie bowl.

Dogs can be just like kids when dealing with each other. One wants to play and thinks that just persistently wearing down the other will get them to do what they want. It’s not unlike my son when he just goes, ‘Please! Please! Please!’ over and over, thinking that I will just give in. Yes, sometimes I have given in, but it’s not a consistent thing. Sometimes, like Zeus here, I put my paw – er – foot down 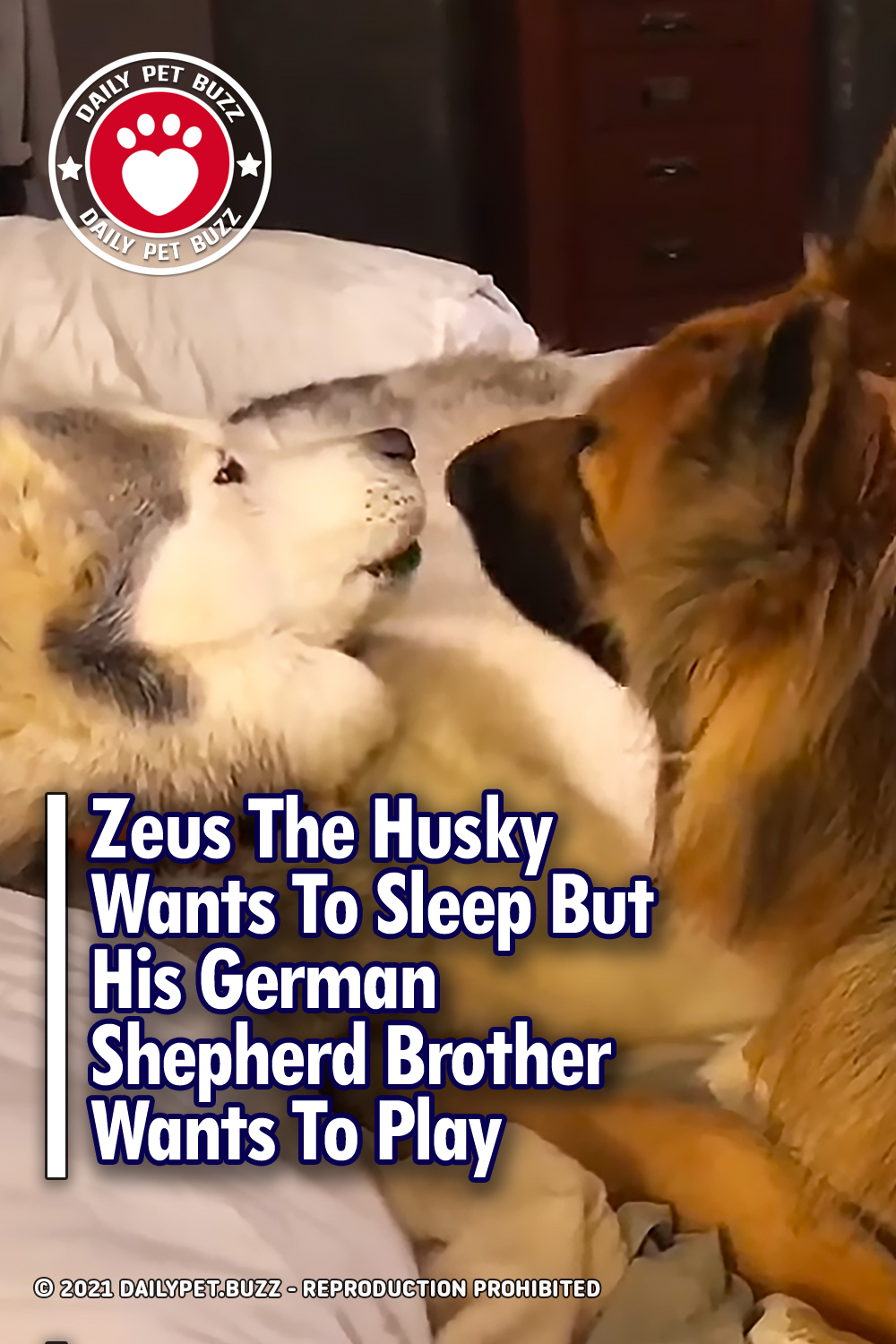