Ho Chi Minh City, known as Saigon before 1976, is a sprawling metropolis of about 10 million people and the largest city in Vietnam. It’s a busy, bustling place, an economic beehive with everything from impoverished slums to gleaming new skyscrapers.

Two small puppies were abandoned in the giant city, left in the middle of a large street with plenty of traffic. For the little dogs, it must have been absolutely terrifying. In fact, they were determined not to let go of each other: the older dog was actually holding the younger one in a tight embrace!

Among many other concepts Buddhism’s teachings include the cycle of birth and rebirth, karma, and the importance of kindness to animals. So perhaps it should come as no surprise that it was a Buddhist nun who ended up rescuing the puppies. Even as she was carrying them away, they didn’t want to let go of each other! After the two adorable pups arrived at the temple, their new home, they older one kept on holding the younger one in a protective embrace. The two dogs were determined to stand by each other no matter what.

Photos of the two puppies quickly spread all over the internet. Most people found the pictures thoroughly heartwarming, although there were some animal lovers who were concerned about how traumatized the puppies obviously were. The two surely were, but it’s a good bet they’re going to be very happy once they settle into their new home, a place where there will be no shortage of tender loving care.

Check out the video posted below to see these incredibly cute rescue puppies. They’ve been through a lot, but it’s looking like they’re going be okay! We’d love to hear your thoughts about this story in the comments at Facebook. Be sure to like and share! 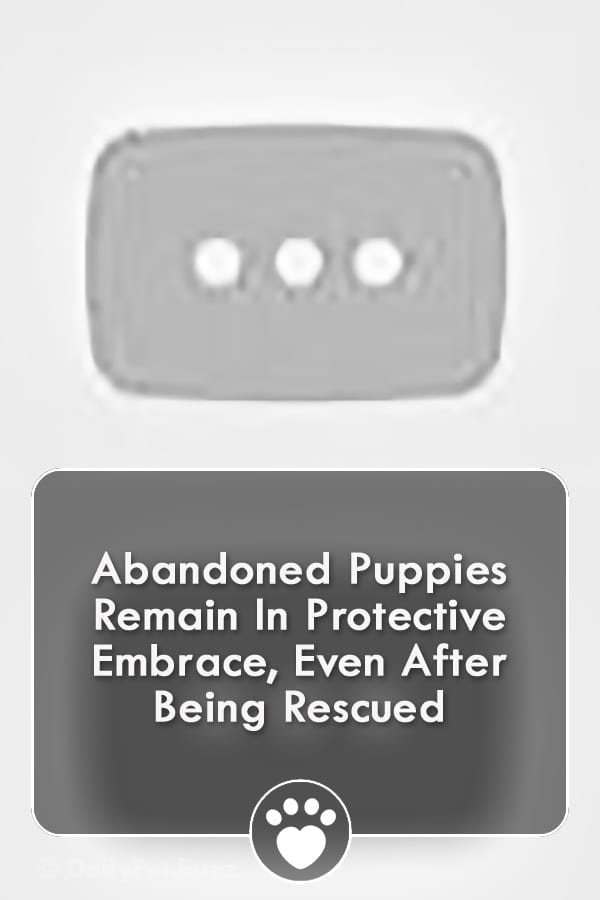